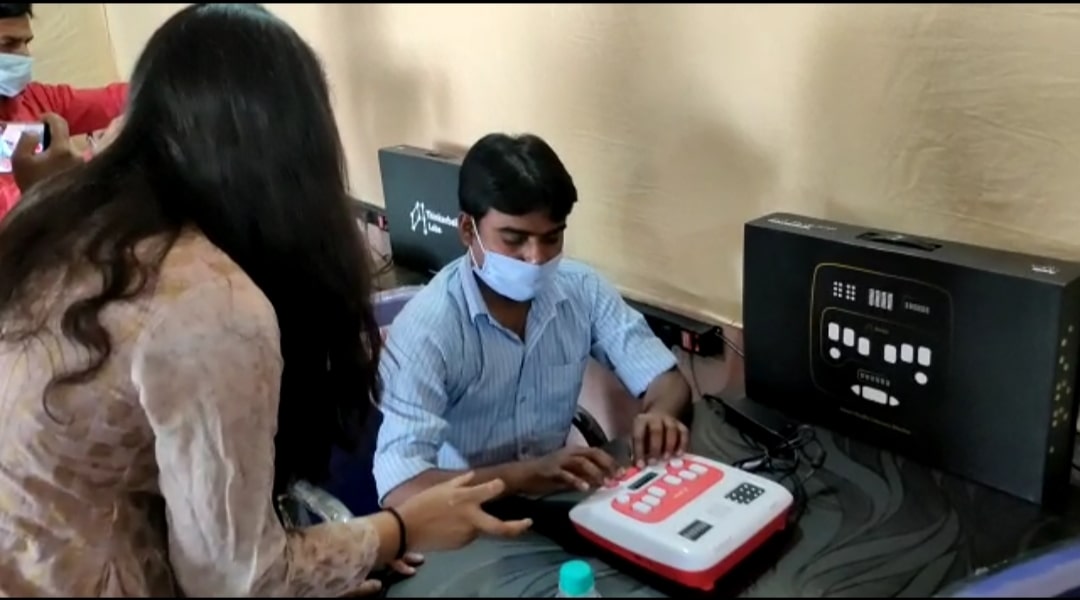 The Government of Jharkhand led by Chief Minister Hemant Soren has taken the first step towards transforming education in the state.

In the recently tabled budget, the government has announced the building of 4,500 model schools across the state.

The capital city of Ranchi was the first to upgrade a school for blind students to a model blind school. Following the same, a series of model blind schools were inaugurated in the Giridih district on Wednesday.

These schools have been equipped with ANIE devices developed by a Bangalore-based learning start-up company Thinker Bell. The concept of blind model school is to create a sense of digital awareness and make visually impaired students digitally empowered in this era dominated by science and technology.

Apart from this, the school has been equipped with self-learning devices. The study material has been developed in both Hindi and English language.

Blind model schools are equipped with self-learning devices that enable students to learn in both Hindi and English languages. The students can learn other languages as well as per their requirement or want.

A team member from Thinker bell, who visited the school and provided services of handholding and training to the teachers and students said, ‘the Smart Class has a modern learning facility for visually disabled students, such as, teller frame, abacus, types, interpoint, wooden slate, number plates and other mechanical devices.

Also, the classroom has been equipped with gaming facilities to ensure that students can take part in extracurricular activities apart from studies.

During the inauguration of a model school for visually impaired students in Giridih, Deputy Commissioner Rahul Kumar Sinha said, “this initiative is a step towards realising the government’s vision of ensuring quality education for everyone.”

He further added, ‘apart from upgrading the classroom with modern technologies, the government is also working towards the improvement of the basic infrastructure of the school.’