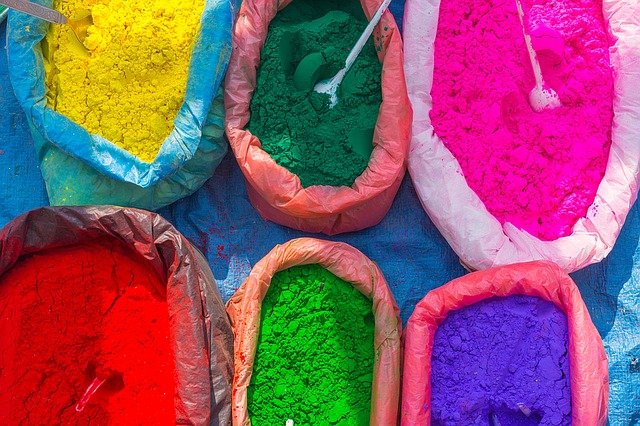 ‘Eve-teasing’, ‘procession through non-traditional routes’, ‘throwing of gulal on Muslims/mosques’, and ‘playing of loud music by processionists during namaaz’ are some of the reasons why the Jharkhand police has issued a precautionary letter to all districts Superintendent of Police (SP) in view of the upcoming Holi and Shab-e-Barat festival, disclosed the Indian Express report today.

“The letter also refers to the Home Ministry's letter to them stating that the communal situation has 'strained' in some parts of the country over rallies for Ram temple construction fund collection.

The letter dated March 26 from the office of the DG and IG of Jharkhand Police to SPs referred to the Home Ministry letter which intimated them to take ‘precautionary measures’ during the festival.”

“…It is intimated that in the past, the festival has witnessed communal confrontations over issues like forcible collection of donation, eve teasing; procession through non-traditional routes; throwing of gulal on Muslims/mosques; and playing of loud music by processionists during the namaz may lead to communal disharmony during the festivals,” Angad’s report quotes the letter as stating.

“The letter ordered for adequate police deployment at ‘communally sensitive, hypersensitive areas’ to prevent confrontations on account of provocative sloganeering. It has ordered that ‘no field officers’ in Jharkhand will be on leave during the festival.” 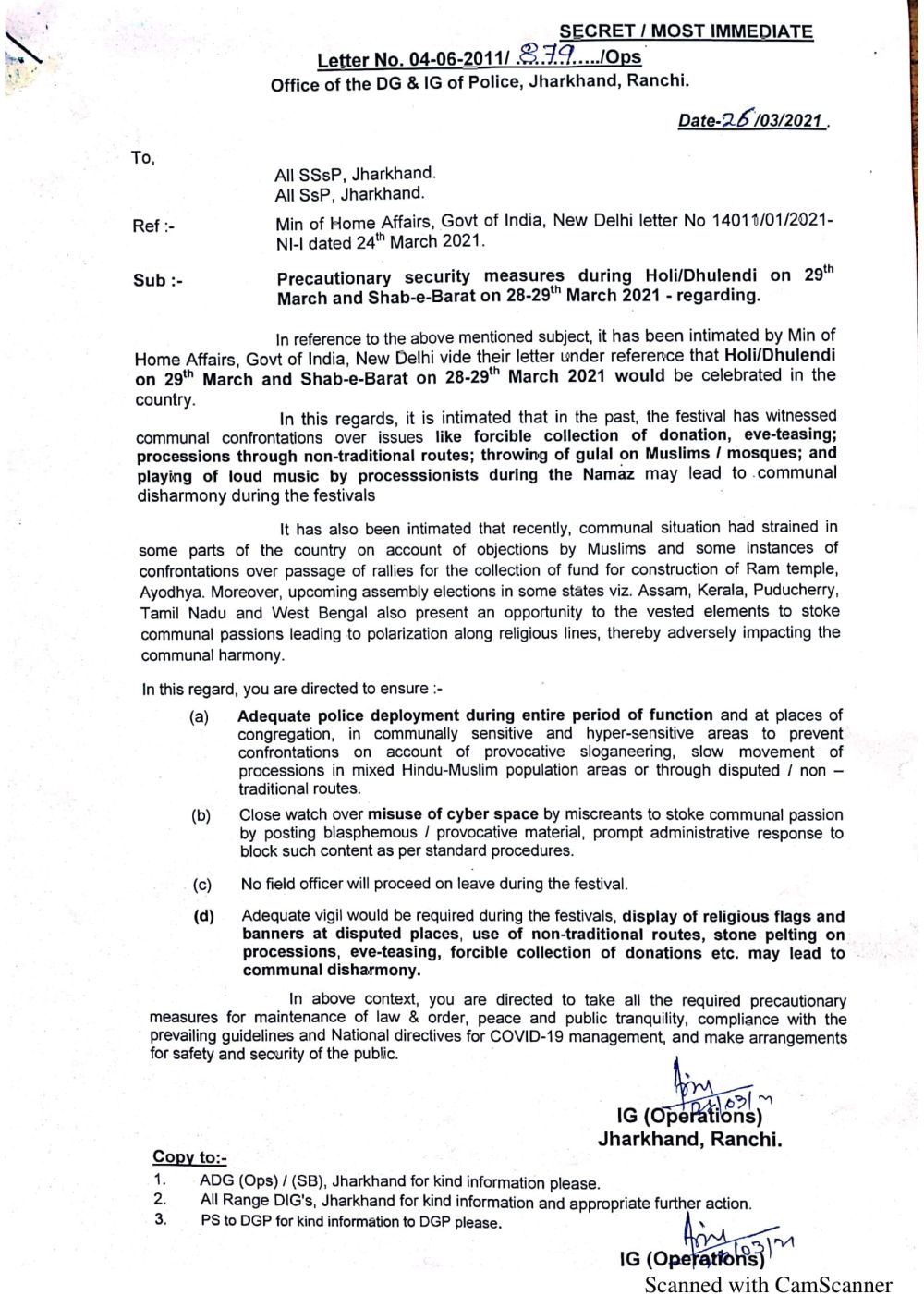 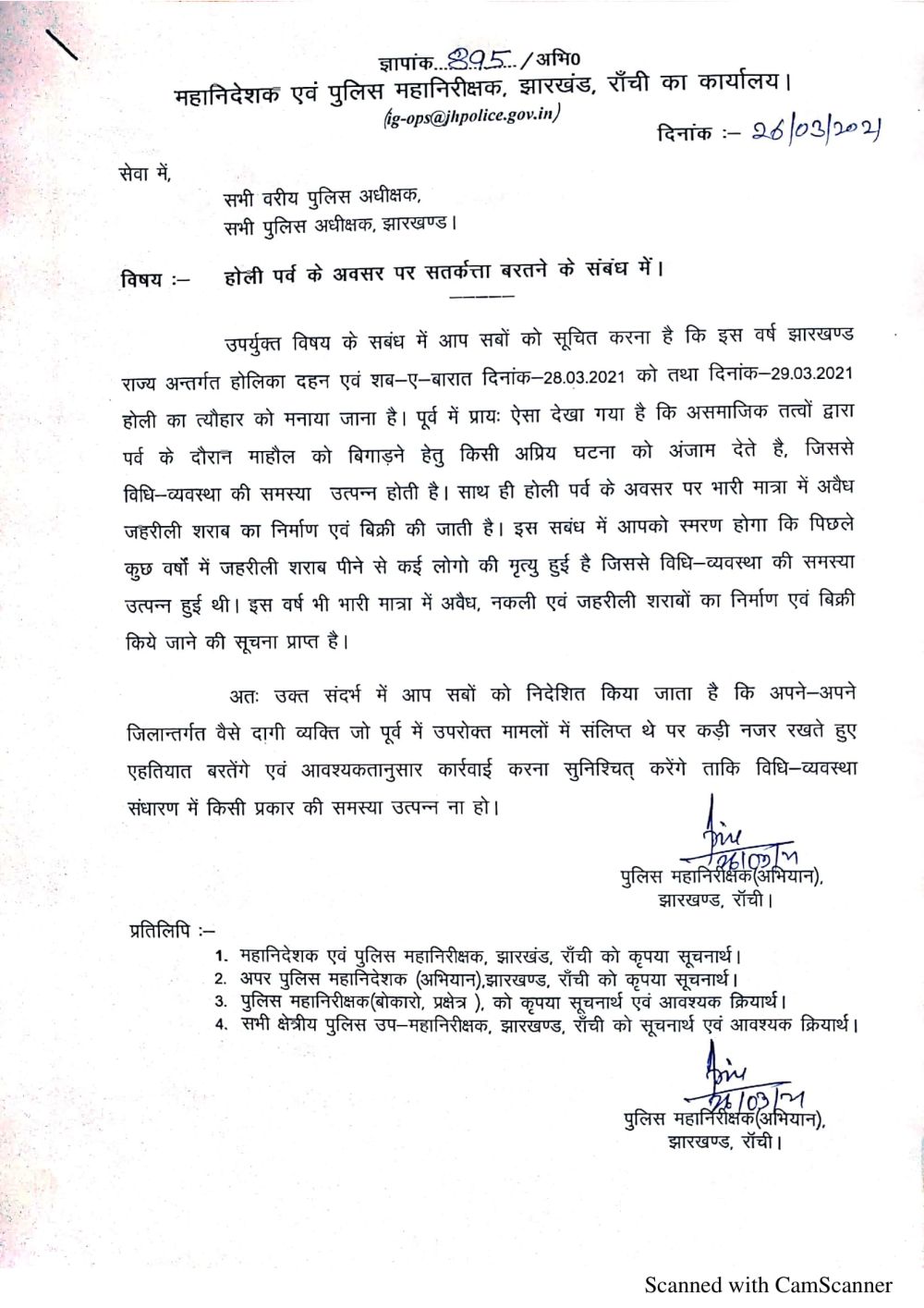 “It has also been intimated that recently, the communal situation has strained in some parts of the country on account of objections by Muslims and some instances of confrontation over passage of rallies for the collection of funds for construction of Ram temple, Ayodhya. Moreover, upcoming assembly elections in some states viz. Assam, Kerala, Puducherry, Tamil Nadu and West Bengal also present an opportunity to the vested elements to stoke communal passions leading to the polarization along the religious lines,” the same report quotes the letter.

Angad’s report adds:”It added that the police also need to keep a close watch over ‘misuse of cyber space’ by miscreants to communal passion by posting ‘blasphemous/ provocative material’ and that there should be a prompt administrative response to block such content.

It also asked to keep a vigil on issues like display of religious flags and banners at disputed places, stone pelting among others which may also lead to communal disharmony.”