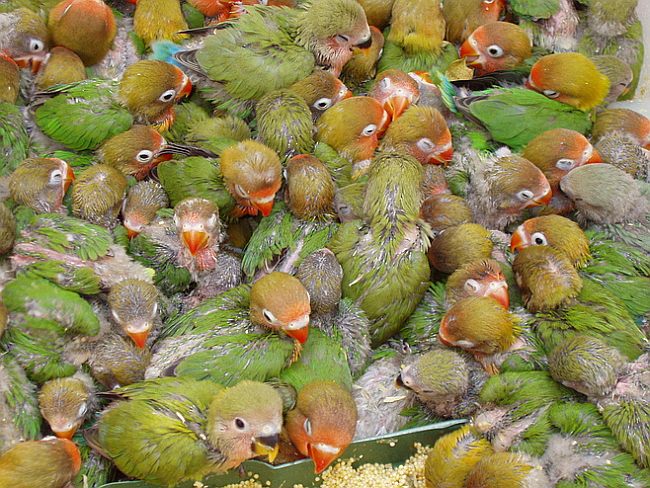 The forest staff in Maoist infested Palama have rescued almost 375 parrot chicks and arrested one person in this connection.

The rescued parrot chicks were sent to Betla national park for conservation today.”That is the safe place for the chicks.When they will grow,we will set them free in the sky”,said Forest officer Binod Vishwakarma.

The spring is the breeding season for parrots who leave their young offspring vulnerable to poachers.A gang of three poachers from neighbouring West Bengal had allegedly connived with the villagers in remote Garhwa district to trap these offsprings of parrots.

‘After catching them,they were taking them to Kolkata to sell them’,said Vishwakarma.

Three poachers were spotted carrying these chicks in cages near Bhagwati hospital along Palamau’s Daltongunj-Ranchi road.Two of them reportedly managed to escape,while the third Mohammed Shahid was arrested.

Shahid,a resident of Horedanga in Burdawan district(West Bengal),had told the forest personnel that they were involved in catching birds and selling them in metros for long.