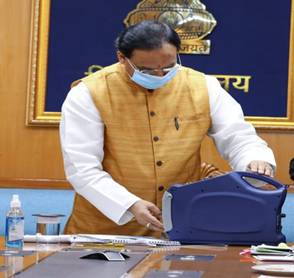 NanoSniffer has been marketed by Vehant Technologies, a spin-off from a former IIT Delhi incubated startup Kritikal Solutions.

NanoSniffer is a 100% Made in India product in terms of research, development & manufacturing. The core technology of NanoSniffer is protected by patents in the U.S. & Europe.

NanoSniffer provides trace detection of nano-gram quantity of explosives & delivers result in seconds. It can accurately detect a wide range of military, commercial and homemade explosives threats. Further analysis of the algorithms also helps in categorization of explosives into the appropriate class. With local manufacturing, including its MEMS sensor, it will save a lot of import cost for the country.