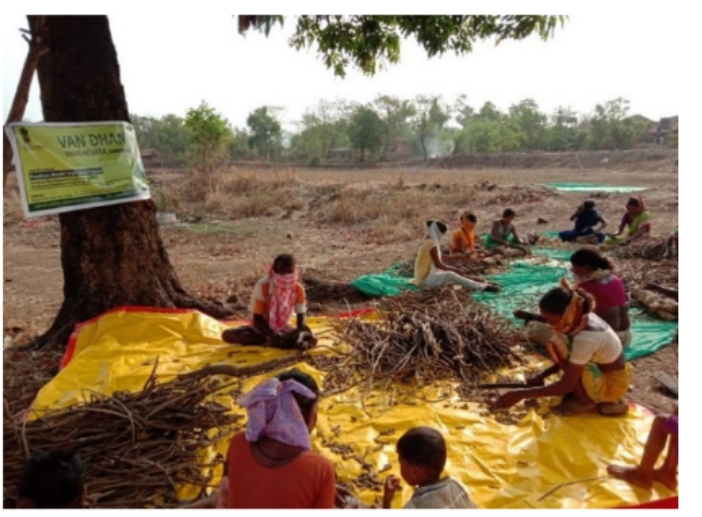 TRIFED is planning to join hands with NITI Aayog to implement the Van Dhan Yojana in  districts across the country that have been identified as “aspirational” districts by NITI Aayog.

These include districts in the states of Andhra Pradesh, Assam, Chhattisgarh, Gujarat, Jharkhand, Madhya Pradesh, Maharashtra, Manipur, Meghalaya, Mizoram, Nagaland, Odisha, Telangana and Tripura. To this accord, a VC will be planned with the District Collectors of all districts in the first week of June.

As a part of this association, a special focus will be on these aspirational districts where tribal population constitutes more than 50%. Under the expansion plan of tribal development program, an additional 9900 VDVKs subsumed into 659 VDVK Clusters spread out in these tribal aspirational districts are envisaged.

At the moment, 5325 VDVKs subsumed into 355 VDVK Clusters have been established in these districts. This is expected to give a boost to the employment generation to nearly 2 lakhs tribal families.

Through this association, NITI Aayog will also support TRIFED in the concept of convergence for the Mission with Article 275(1), DMF, and STC component of different Ministries, and will help in professionally monitoring and promotion for effective implementation and feedback.

The Van Dhan tribal start-ups and the Mechanism for Marketing of Minor Forest Produce (MFP) Through Minimum Support Price (MSP) & Development of Value Chain for MFP’ Scheme that provides MSP to gatherers of forest produces and introduce value addition and marketing through tribal groups and clusters are among the many initiatives of TRIFED, Ministry of Tribal Affairs that have proved helpful by generating employment and income for the tribal population.

The Van Dhan tribal start-ups is a programme for value addition, branding & marketing of Minor Forest Produces by establishing Van Dhan Kendras to facilitate creation of sustainable livelihoods for the forest-based tribes.

A major way to boost tribal development and to take it to the next level is through the convergence of the Van Dhan Yojana with the MSP for MFP Scheme. The Ministry of Tribal Affairs soon will launch an umbrella programme Pradhan Mantri Janjatiya Vikas Mission (PMJVM) - Mera Van Mera Dhan Mera Udyam. This umbrella programme, which will be implemented by TRIFED will include, under its ambit, all schemes in place for the improvement of the livelihood of this beleaguered section of our country.

It is hoped that this association will lead towards a complete transformation of the tribal ecosystem across the country!