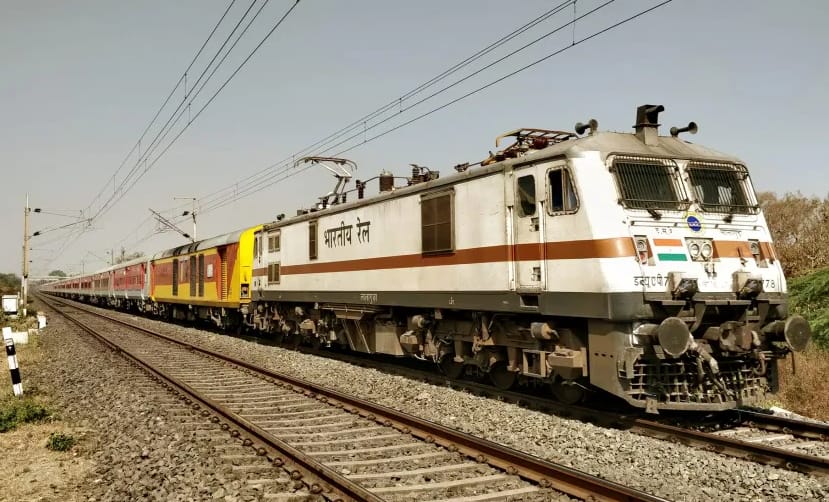 * A train running with HOG system.

South Eastern Railway has been taking different initiatives to promote Energy Conservation measures and laying emphasis on the use of alternative sources of energy. As a part of its environment-friendly measures, stress is being given on installation of Solar Plants to harness clean energy, use of LED lights to save electricity and introduction of Head On Generation (HOG) system in train operations.

As a part of its endeavour towards clean and green energy, South Eastern Railway has been laying stress on the use of Solar Power to meet its energy consumption requirements. To save conventional energy, SER is taking different initiatives to switch over to nonconventional sources in phases.

Till now in SER, altogether 2.306 MWp Solar Plant has been installed on the rooftop of Headquarters, Garden Reach and four Divisions viz. Kharagpur, Adra, Chakradharpur and Ranchi. Work is also under process for the installation of another 18.94 MWp capacity rooftop solar plant in SER jurisdiction.

In addition, 500 acres of vacant land along railway track as well as settlements in SER jurisdiction has been identified for installation of 201 MWp capacity of the solar plant. Consuming Solar Energy as an alternative source of energy, SER has saved an amount of Rs. 33.6 lakh in 2019-20 and Rs. 39 lakh in the year 2020-21 from the regular energy bill.

S E Railway has also replaced conventional light fittings with energy-efficient LED lights in all the 363 stations over its jurisdiction and other railway establishments. This has resulted in savings of 13 MU of electricity during 2019-20 and 2020-21.

As a part of green initiative and with a view to improving energy efficiency, SER has also introduced Head On Generation (HOG) system in train operation, whereby electrical power is fed to the coaches directly from the Over Head Equipment (OHE) through an electric locomotive for the functioning of Coach AC, Fan, lighting, etc. In SE Railway till date, a total of 38 trains are moving on HOG system which has helped to reduce fuel cost and carbon emission.