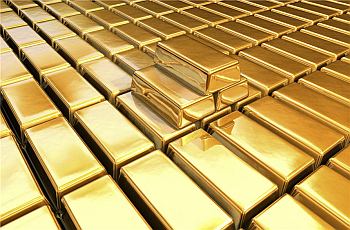 Assessment by Goldman Sachs’s Erik Neilson opines:”Originally sitting at $1750/oz, gold is now expected to fall to $1450/oz next year. Since gold prices have fallen nearly 5% in this year alone, it comes as no surprise why predictions such as these might be made.”

“As one might expect, many analysts and investors are getting gradually more nervous about what this means for the future of gold as a commodity and precious metal. A turn in the gold cycle could be long-lasting, reaching far beyond the predictions already being made for the remainder of this year into 2014.”

*Wall Street Journal: HSBC Monday trimmed its outlook on gold prices for this year and next, but reiterated its bullish view on the metal.

* trustablegold.com’s outlook on Gold 2013 and beyond is as follows:

The diversity and fluctuation of analyst predictions with regard to the gold price in 2013 and the following years mirrors the uncertainties in the global markets.

An interesting fact about gold is that it often performs well in scenarios of deflation (for instance driven by global debt reductions) but also in scenarios with higher than usual inflation rates (which could potentially occur as public debt level increases further).

Gold therefore tends to perform positively in times of economic uncertainties as well as in acute crises. Unfortunately, the global financial problems are not yet sorted out. Some credible commentators expect several more years of uncertainty and painful deleveraging, which could end only when we are approaching the next decade.