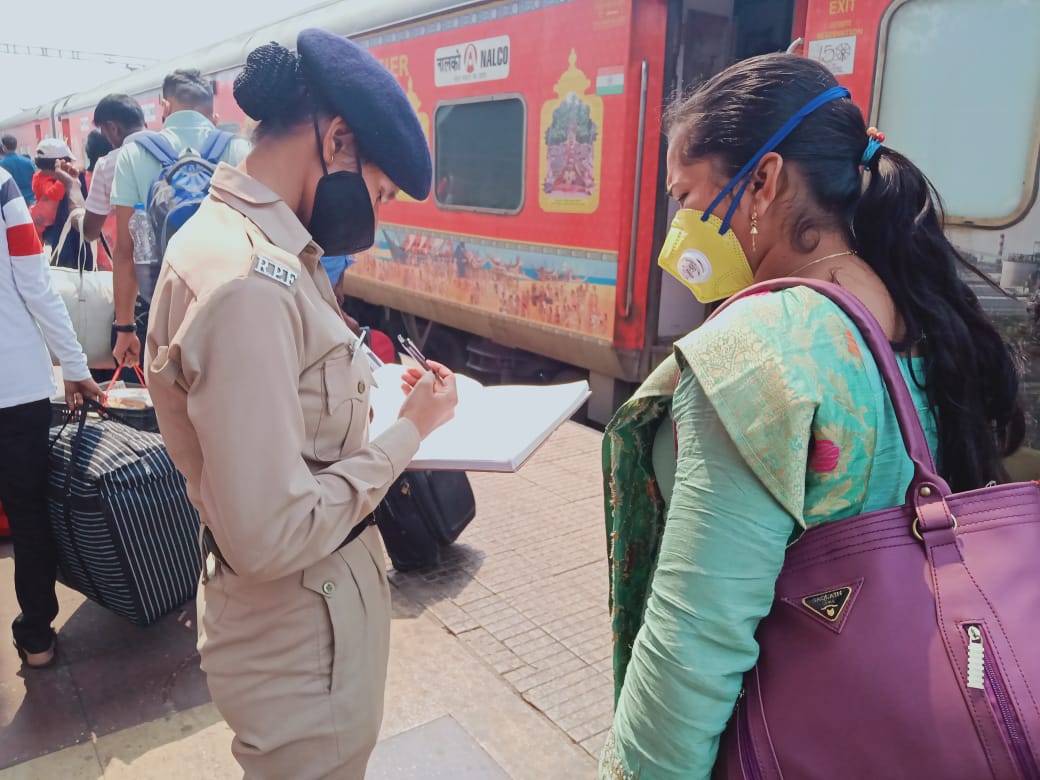 South Eastern Railway RPF (Railway Protection Force) personnel are playing a pro- passengers’ role in providing security to them as well as in guarding the railway property and its vital installations.

Records show that during  2020-21, the Security Department of S E Railway not only achieved success in ensuring the security of the passengers but also played a key role in fulfilling social commitments.

During the same period, RPF personnel of SER distributed free cooked meals and Ration Packets to more than 2.5 lakhs needy people over S E Railway jurisdiction. Apart from this, the ladies team of RPF rescued 368 small/teenager boys and girls found loitering around the platform and after due verification were handed over to their parents or NGO of the childline under the operation “Nanhe Farishte”.

RPF personnel of this railway, in the month of May, 2021 have conducted regular drives against miscreants involved in the theft of passenger belongings. Preventive measures have also been taken to control the theft of railway materials and booked consignments.

In the month of May, a total number of 42 miscreants were arrested under RP (UP) Act and Railway property worth Rs. 1,33,790/- was recovered. Moreover, 379 offenders were booked under different sections of the Railways Act and Rs.76, 750/- was realised as fine. Regular drives were also conducted by RPF and the Commercial Department and126 ticketless travellers were detected and Rs 21,070/- was realised as fine.

In addition to the above, 2021, RPF personnel rescued 15 minor boys and 9 minor girls and the rescued minors were handed over to their relatives with proper verification and acknowledgement.