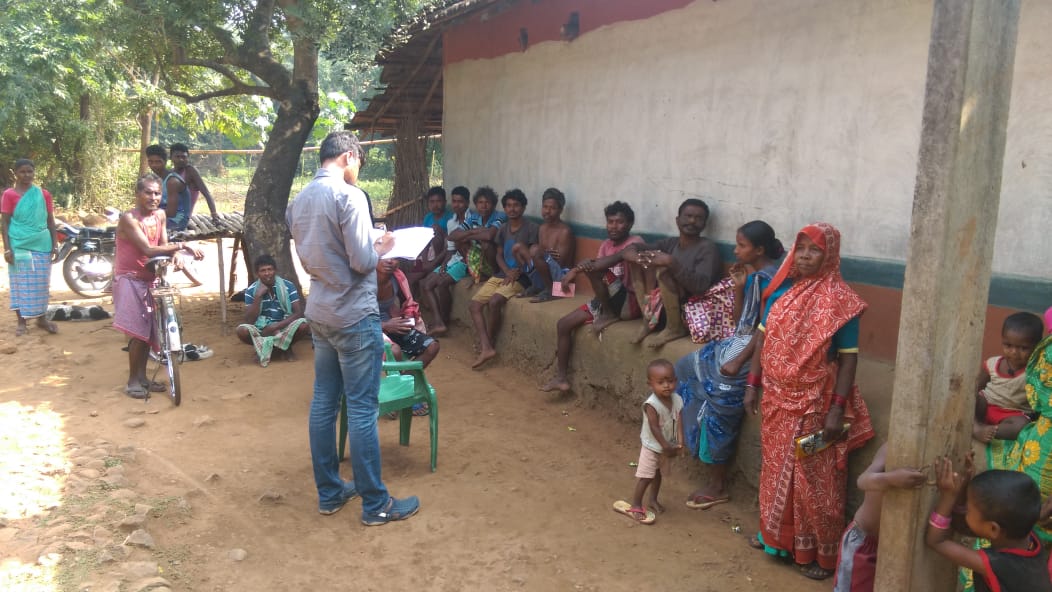 *Covid -19 vaccination drive being speeded up.

Paharias come under the bracket of endangered tribes in Jharkhand. As the name suggests, they reside in the hilly terrains of Jharkhand, mostly in the Santhal Pargana region.

The Dumka district administration which falls under the Santhal Pargana region has taken note of the issues faced by the Paharias and recently took multiple initiatives to address the same.

Right from ensuring food supply to their homes through the PDS system, making education accessible for them, mapping malnutrition cases, to ensuring electricity supply in the toughest of terrains.

An official working in the team of DC, Dumka, said “Due to the extremely difficult geographical terrains they live in, the administration couldn’t reach them all these years. But, recently the Deputy Commissioner got together a team to conduct the mapping exercise for all the Paharias residing in the region and took necessary steps to ensure all the basic facilities are provided.”

Vaccinating the tribal population of Jharkhand in itself was a challenge for the government. But, with dedicated efforts and continuous awareness drives undertaken by the government, people are turning up to vaccination centres. The idea of introducing ‘Vaccine Social Mobilizers’ proved a game-changer in awareness initiative.

To mobilize the maximum Paharia population to the vaccination centres, the administration used social examples for them. Aanganwadi Sewika, Sahiyas, JSLPS Didis, PDS Dealers and their families were first vaccinated.

Usually, these people come from the same society, as Paharias. This helped create a social impact. Dedicated vaccination camps are being organized in the locality. People are now turning up towards vaccination centres. The administration aims at vaccinating 100% beneficiaries under the Paharia community.

Development works, which were halted due to the 2nd wave of COVID19 are being resumed in these areas. Health infrastructures are being developed in their nearby localities. 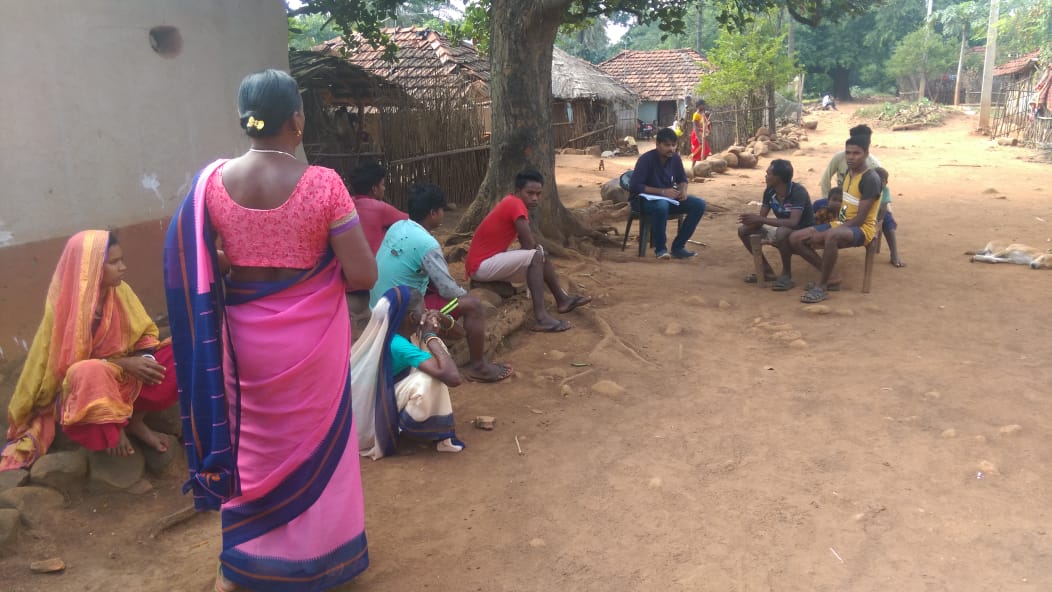 To ensure that each cluster is reached, a mapping of 400-500 such villages was done. This comprised almost 25,000 people. Gram Sabha meetings were called in the respective villages in the presence of a representative from the Government. The Department of Tribal Welfare and Welfare Department supported the entire process and the data collected during Census 2011 was leveraged.

Shortly, the blocks where the Paharia tribe population resides will be provided with two Mobile Medical Vans to ensure delivery of medical facilities at the doorstep. These Vans will be equipped with all the facilities necessary to provide primary healthcare. Until then, health camps are being organised across these villages. 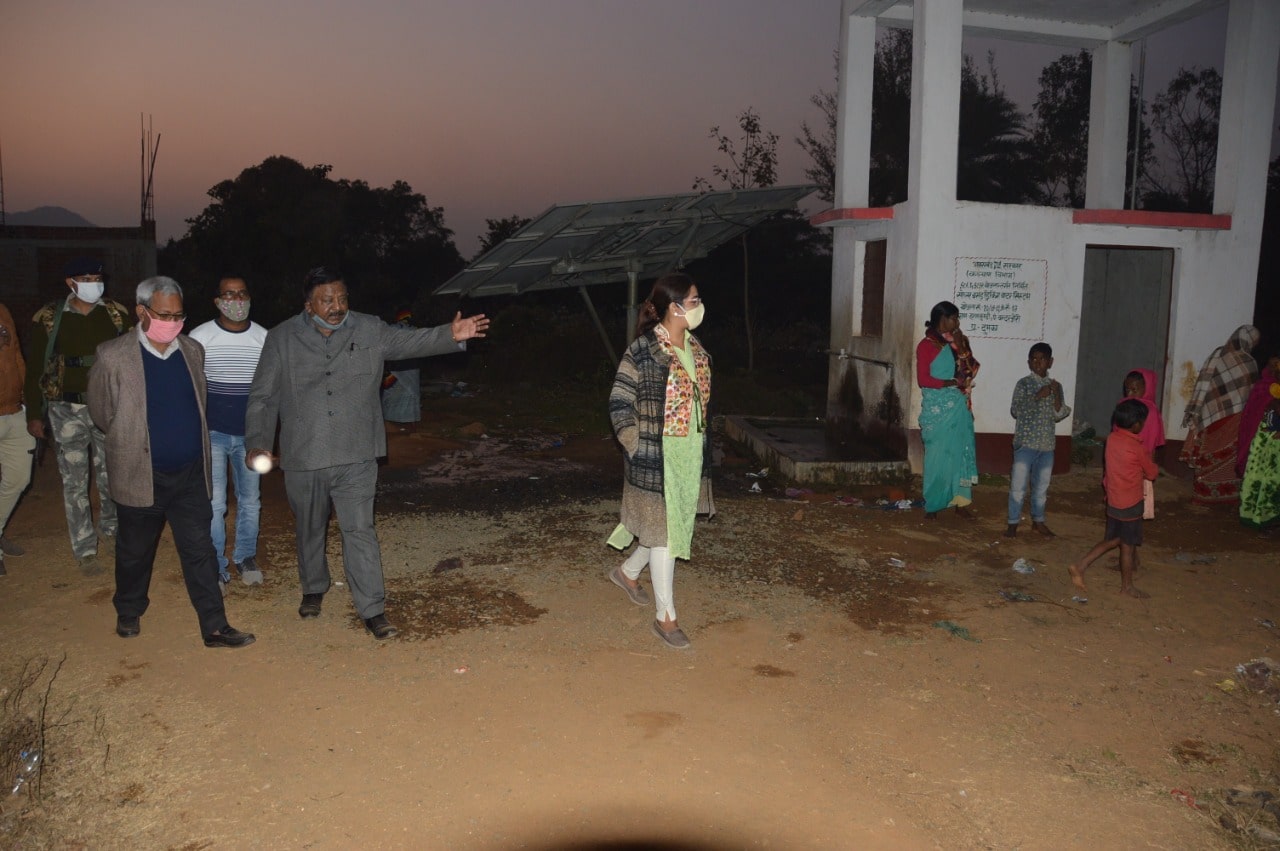 *Ensuring Electricity to every household by establishing Solar Power Plants*

During the surveys, it was found that there is no electricity connection in many villages. Due to the difficult terrain and logistical issues, almost 09 villages were devoid of electricity supply. The administration is now setting up a 10KW Solar Power Plant to ensure electrification of these villages.

Given the hilly terrain, access to safe drinking water also posed a major challenge. As a result, people from the Paharia tribe would often access water from dirty ponds or rainwater stocks.

Immediately after assumimg charge, Chief Minister Hemant Soren had given direction to all DCs to ensure that every citizen has access to a safe drinking water facility. Acting swiftly, the Dumka District Administration set up Solar Powered water supply systems in many of these villages, said Information and Public Relation Department(IPRD)
in a statement. 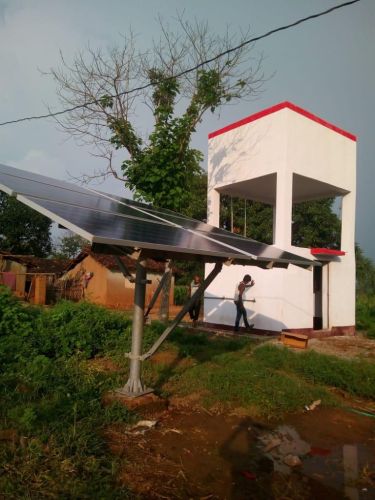 With forest produce as their main source of livelihood, the Paharia tribe is largely dependent on farming on their small tract of lands and daily wages. It was realised that the female members of the family are involved in ‘Pattal’ (Leaf Plate) making. Khajoor being abundant in the region, many of them took up production of date jaggery, said a press release issued by IPRD.

The administration, with the help of JSLPS, connected the female members of the family with the SHGs. Today, they are being trained in platter making by machine and earning livelihood while saving time. They are also being trained in bamboo craft making and JSLPS will support the sale of the same.

Aimed at upskilling their traditional palm leaf product making, the administration is providing training to more than 600 Paharia tribe women.

Soon, there is a plan to get them associated with the Phoolo-Jhano Scheme being run by the government so that they can achieve self-reliance. Apart from this, skill training workshops for male members of the families will also be organized soon.
*Strengthening community by transforming schools and Anganwadi centres*

The schools and Anganwadi Centres in these villages were in a poor state with many Anganwadi centres defunct. Through the support of various funds and government schemes, these Anganwadi centres were profiled and operationalised. Block Education Officers have been directed to ensure that all the basic facilities are provided in schools established in the villages resided by the Paharia tribe.
“Having a difficult terrain, going beyond a limit is difficult but with the vision of the Chief Minister Mr Hemant Soren, the administration has been committed to resolving the issues and connect the people of the tribe with respective government schemes”, said DC Dumka.