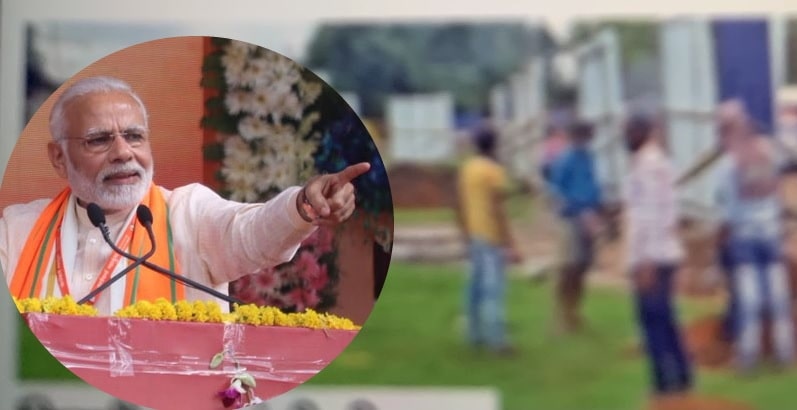 *Light House Project work site in Ranchi where preparations are afoot for the virtual review meeting to be presided by PM Narendra Modi on June 25, 2021.

The Light House project is part of the Global Housing Technology Challenge-India (GHTC-India) initiative. It was meant to be implemented in Indore, Rajkot, Chennai, Ranchi, Agartala and Lucknow via videoconference.

Today, when PM Modi is slated to review this project on June 25, a team from New Delhi has arrived to take the development at the grassroots level. The Ranchi Municipal Corporation has started preparation for the PM’s review virtual meeting.

In Indore, Rajkot, Chennai, Agartala and Lucknow, the project was being implemented at a war footing. And almost 50 percent of work in these cities were reportedly complete.

The scene is different in Ranchi where the project had started late on June 15. In February - March- April, when RMC sought to start the project, protests began against land acquisition. As a result, the implementation work remained stalled.

As per the project, it has to be implemented through 3-D technology from Germany. Now, the work is starting, said a RMC officer on condition of anonymity.