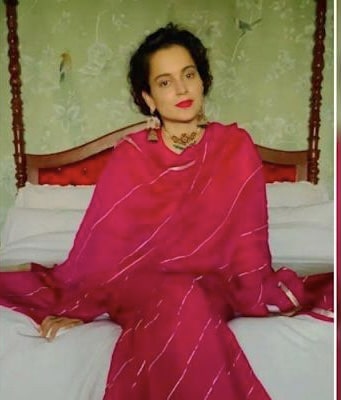 She had earlier stated that it is not going to be an “out-and-out biopic” but would cover important moments in Indian political history.

Now while the pre-production work of her film Emergency has started, Kangana used her Instagram platform to give a little glimpse of her upcoming look, especially her hairstyle similar to late Prime Minister Indira Gandhi.