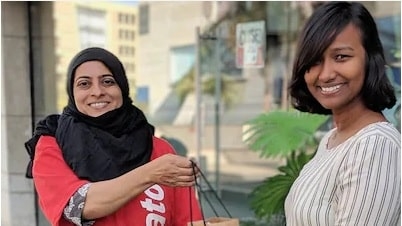 India’s major delivery body Zomato is going to bridge the gap between man and woman in its fleet.

Zomato has gone on record saying it has a goal to increase the participation of women in its fleet of delivery partners by the end of 2021.

The company CEO Deepinder Goyal has said in a tweet on  June 25 that women comprise less than 0.5 percent of Zomato's current fleet of delivery partners and that "needs to change” to make the food delivery service company a more inclusive workplace.

Initially, the company plans to increase women's participation in Bengaluru, Hyderabad, and Pune. Zomato acknowledged that the plan is not as simple as just “targeting more women” but it will have to change its policies to attract and retain them in this job.