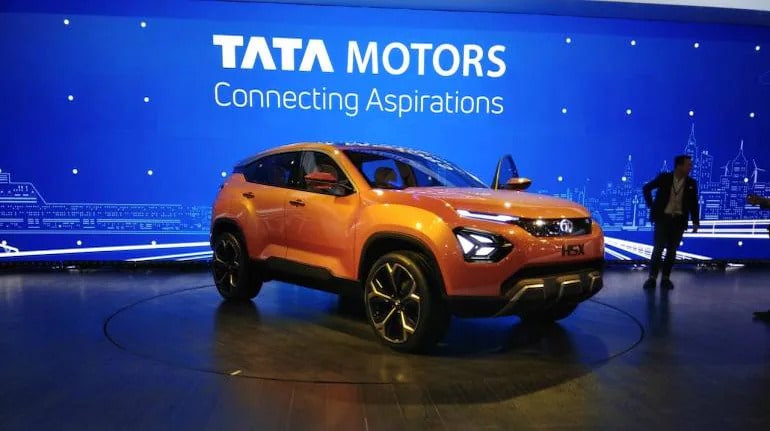 It was the year 1946. Germany stood devastated by the Second World War. The Allies had won the war, and many German cities, including Munich, had been severely damaged by the British Royal Air Force.

Munich, the picturesque capital of the Bavarian region of Germany, and centre of the country’s diesel engine production, had suffered as many as 74 air-raids. More than half the entire city had been damaged or destroyed.

On one gloomy morning that year, at the Munich Railway station, stood the Directors of Krauss Maffei, the reputed German engineering Company. They were waiting for the arrival of their guests from India. Founded in 1838, Krauss Maffei was a leading maker of locomotives of various types, and an engineering company with a formidable reputation. Unfortunately, the Company now stood devastated by the World War, since their factories had been destroyed by the Allied Forces.

The guests from India got down from their train. They were Directors from the Tata Group in India. If you had been there, you would have seen JRD Tata, the young, tall, lanky Chairman of the Group, get off the train. And accompanying him was a forty-year old engineer, Sumant Moolgaonkar, representing TELCO (now Tata Motors). They had come to Munich for discussions with Krauss Maffei, regarding the manufacture of locomotives in India. What they found, instead, were scenes of destruction and ruin.

The Germans requested the Indians to take some of their unemployed engineers to India, alongwith their families, and provide them jobs and shelter. The Directors of Krauss Maffei are reported to have told the Tata Directors – "They are very skilled people. They will do whatever you ask them if you take care of them. They can also teach your people."

This would have to be done without a formal contract, because the British, who were still ruling India, had forbidden Indian Companies from having any contracts with German Corporations, during those times of the World War. But this request was urgent, and compelling. Because in that year, with factories lying destroyed, unemployment in Germany was rampant, and the then German currency, the Reichsmark, had become almost worthless.

The Tata Directors agreed to this request, and assured the Germans that their people would be well looked after. The German engineers from Krauss Maffei then came to India, and they were provided good jobs and housing by the Tata Group. They were well taken care of, and they also rendered great service to Tata Motors. In 1945, Tata Motors had signed an agreement with the Indian Railways for manufacture of steam locomotives, and this is where the German engineers provided valuable technical expertise. They helped the Company manufacture locomotives, which were amongst the Company’s very first products.

In 1947, India became independent. In the 1950s, Tata Motors moved on to manufacture trucks in collaboration with Daimler Benz. Many years had now passed since that fateful meeting at the Munich Railway Station. Germany had substantially recovered from the ravages of the war, and the reconstruction effort had borne great fruit. In one of these happier years, the Board of Directors of Krauss Maffei was surprised to suddenly receive a letter from India.

This letter was from the Tata Group. It offered grateful thanks for the services of the German engineers, and it contained an offer of compensation to Krauss Maffei for the skills which had been transferred by the Germans to Tata Motors. Krauss Maffei was surprised, even taken aback at this offer. There was no legal contract, and therefore no obligation for the Tata Group to pay any compensation. In fact, I think, neither did this expectation exist, because the Tata Group had helped by providing jobs and shelter to the otherwise unemployed German engineers, during those dark days. So, the Germans were astonished, as they read the Tata letter.

This story was narrated many, many years later, in the 1970s, by Directors of Krauss Maffei, to Arun Maira, then a senior Director of Tata Motors. Arun Maira is one of India’s most respected and distinguished business thinkers today. In a thoughtful article that he wrote for the Economic Times in 2005 (thank you, Mr. Maira, for this wonderful piece), he recollects how two elderly German gentlemen met him as part of a business transaction in Malaysia, jumped up, shook his hands, and wanted to express their deepest gratitude to him. They then narrated to him this fascinating story, which, they said, is now part of their Company’s folklore.

One interesting and unexpected sidelight of this story occurred when Tata Motors was asked to provide a legally binding financial guarantee in the 1970s, but this was rendered very difficult because of the Indian Government’s regulations at that time. This matter was taken up to German bankers, who said that a guarantee on a Tata letterhead, signed by the Chairman, was more valuable than any banker’s guarantee.

I do not know what exact thoughts ran through the minds of Tata Directors in the 1950s before they sent that letter to Krauss Maffei, offering compensation where none was agreed upon or expected. But I think the Tata Group did this because it was the right thing to do.

The right thing to do is never defined by formal agreements or legal contracts alone. Neither is it defined by the expectations that others have of us. What is right is defined by our own high expectations of ourselves, by the culture of fairness and trust that we wish to establish. Are we being truly fair to the people and the Companies we work with? We always know, if we listen deeply enough to our inner voice, whether we are being totally fair and right. The Krauss Maffei story holds such a beautiful lesson for all of us.

*Note: Writer R.Harish Bhat is the Brand Custodian at Tata Sons. He joined the Tata Group in 1987, as an officer in the Tata Administrative Service (TAS). Currently, he is the Chairman of Tata Coffee Limited. He is a Director on the Boards of several other Tata Companies, including Trent Ltd., Tata Starbucks Pvt. Ltd., Infiniti Retail Ltd., Tata Unistore Ltd. and Tata AIA Life Insurance Company Limited.

During his career spanning over 30 years with the Tata Group, Mr. Bhat has held several senior roles. These include stints as Managing Director of Tata Global Beverages Ltd., Chief Operating Officer of the Watches and Jewellery businesses of Titan Company Ltd., and the telecom business of the Group. He has played a key role in several strategic moves of the Group over the past two decades, including the launch and nurturing of many iconic brands of the Tata Group, the successful turnaround of the Jewellery business, as well as the acquisition of Tetley.

(Mr. Bhat is an alumnus of BITS Pilani and IIM Ahmedabad, graduating at the top of his class in both institutions. He won the IIM Ahmedabad Gold Medal for scholastic excellence in 1987. A decade later, he won the Chevening Scholarship for young managers, awarded by the British Government. In 2017, he received the Distinguished Alumnus Award from BITS Pilani. He has strong professional interests in strategy, consumer behaviour, business economics and business history; and has been a member of the Consumer Insights Panel of the Economic Development Board, Government of Singapore. He is a member of the Board of Governors of the Advertising Standards Council of India (ASCI)).