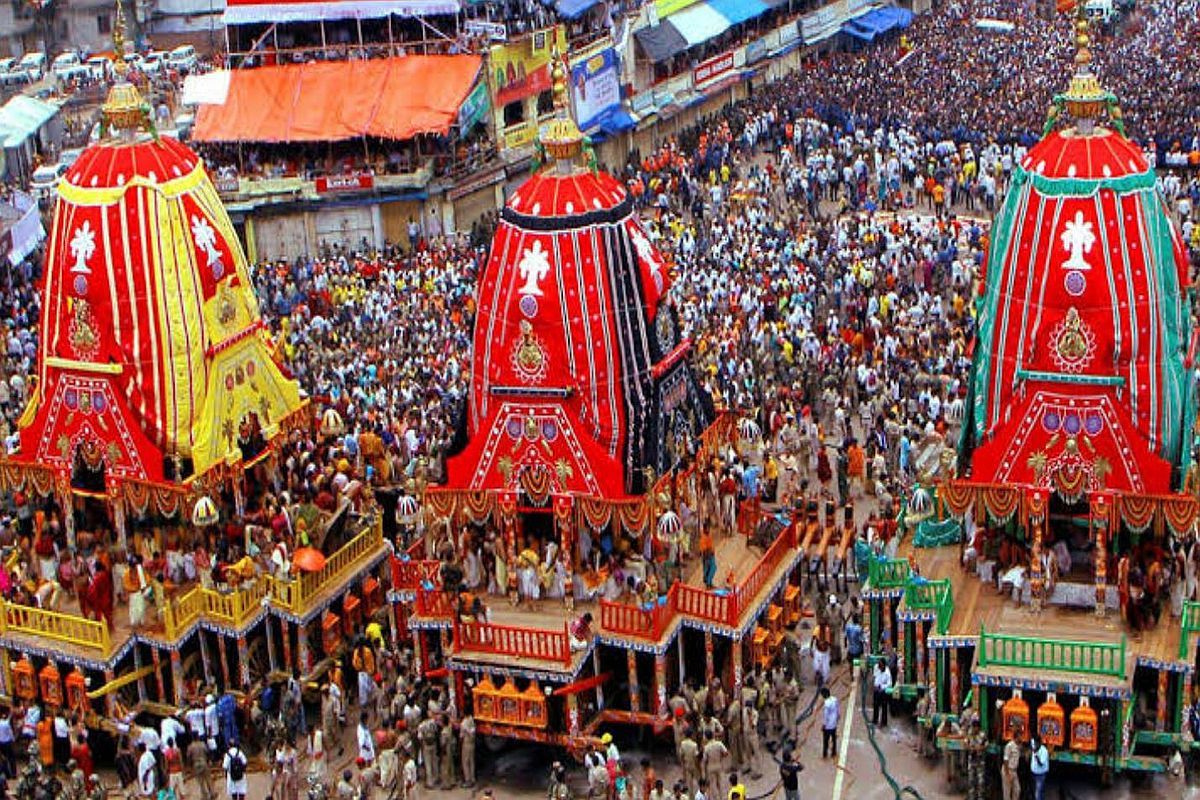 The Jagannath Temple administration has informed that like the previous year 2020, this year 2021’s Ratha Yatra festival is being celebrated without the participation of devotees and in strict adherence to safety protocols to contain the spread of coronavirus.

Across Jharkhand, similar scene is prevalent. However, the state government offices remained closed. In Hatia area of Ranchi, the Rath Yatra from Jagannath temple has been restricted to prevent spread of Covid-19.

According to the Administrator of Puri Jagannath Temple, Ajaya Jena, the servitors testing negative for Covid-19 would be allowed to participate in the pulling of the chariots.

"Like last year this year also Rath Yatra is being held without devotees on July 12, 2021, as per the order of the Supreme Court and SOP issued by the Odisha Government.

No devotees were allowed to participate in Rath Yatra. Chariot pullers who test RT-PCR negative and have been fully vaccinated will be permitted to attend the yatra. Around 1,000 officials excluding police personnel will be deployed," said Jena.