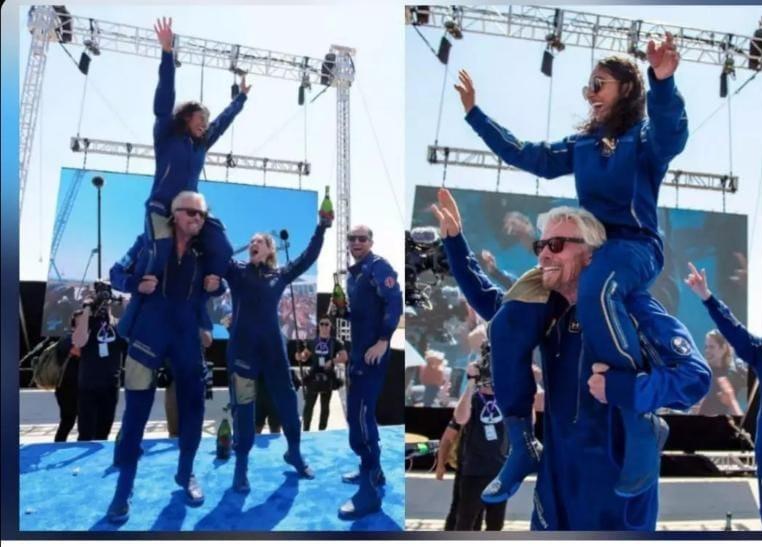 In the US, they are heroes of the world today. They are Billionaire Richard Branson and India-born Astronaut Sirisha Bandla.

Branson fulfilled his old dream of flying to space on Sunday. Among the five people who accompanied him on the “magical” trip was a 33-year-old woman Sirisha with roots in Andhra Pradesh’s Guntur.

In New Mexico, they celebrated the historic space journey, Branson carried Sirisha on his shoulders after their flight to space.

The 70-year old Co-founder of Virgin Galactic travelled to space Bandla from Guntur in Andhra Pradesh of India who grew up in the US, is the second India-born woman astronaut to travel to space after late Kalpana Chawala.