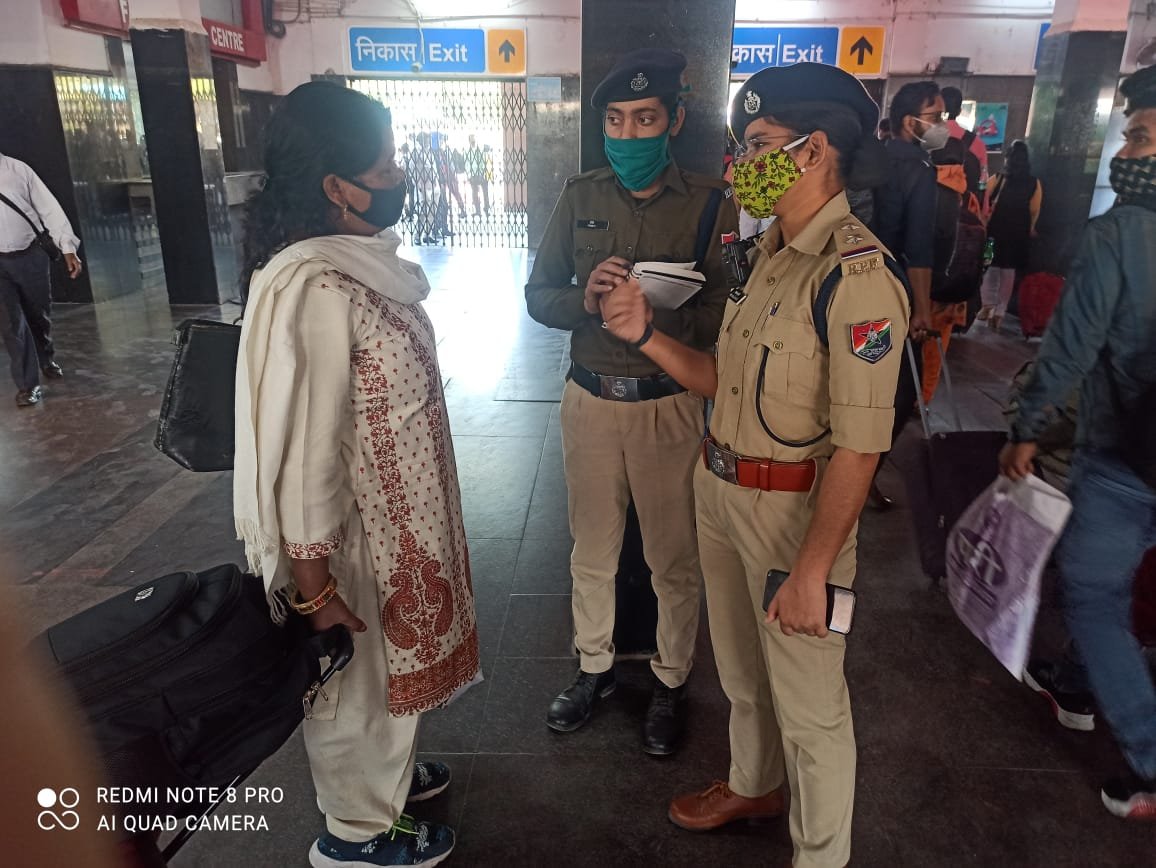 *Team members of My Saheli/SER interacting with lady passengers.

South Eastern Railway RPF (Railway Protection Force) personnel are playing a significant role in providing security of rail travellers as well as in guarding the railway property and its vital installations.

RPF personnel of this railway, in the month of June 2021 have conducted regular drives against miscreants involved in the theft of passenger belongings. Preventive measures have also been taken to control the theft of railway materials and booked consignments.

In the month of June, a total number of 34 miscreants were arrested under RP (UP) Act and Railway property worth Rs. 1,63,180/- was recovered.

Moreover, 556 offenders were booked under different sections of the Railways Act and Rs.1,47,900/- was realised as a fine. Regular drives were also conducted by RPF and Commercial Department and 1530 ticketless travellers were detected and Rs 7,57,899/- was realised as fine.

In addition to the above, in June 2021, RPF personnel rescued 47 minor boys and 37 minor girls and the rescued minors were handed over to their relatives with proper verification and acknowledgement.