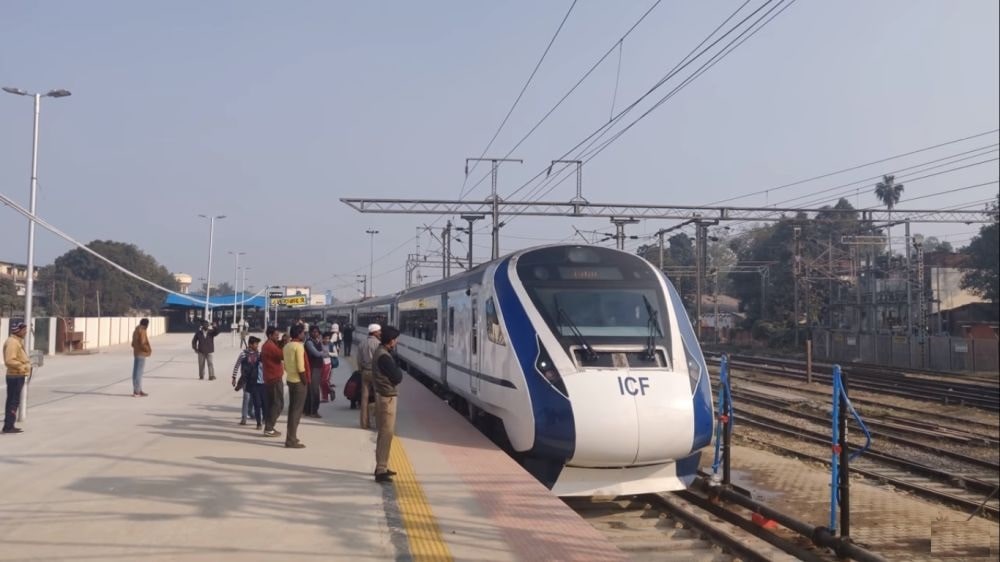 The Indian Railways is on top gear, it seems.The made in India trains, each to run on super high speed on tracks connecting several cities are going to join the railway stations in the country soon.

This is evident from the statements made by railway authorities. “Vande Bharat, the indigenous semi-high speed train set, is being given a boost with the Railways gearing to roll out at least 10 such new trains, linking around 40 cities, by August 2022 to commemorate 75 years of Independence”, The Indian Express reports

The Indian Express report further adds:“Among his first moves after assuming office, Railway Minister Ashwini Vaishnaw is learnt to have reviewed the project and directed that the rollout plan be advanced to connect at least 40 cities with the Vande Bharat trains by August 2022 to show a visible upgrade in the country’s rail services.”

“Hyderabad-based engineering firm Medha, which in February secured the contract to supply the electrical systems for 44 Vande Bharat trains, has now been told to advance its production plan, so that at least two prototypes can be rolled out by March next year following all trials.”

“There is a contract condition that along with all trials and testing that are needed to okay a Vande Bharat, the prototype train set that comes out of its stable should also complete 1 lakh kilometres of commercial run, with passengers, before the following lot can be placed for production.”