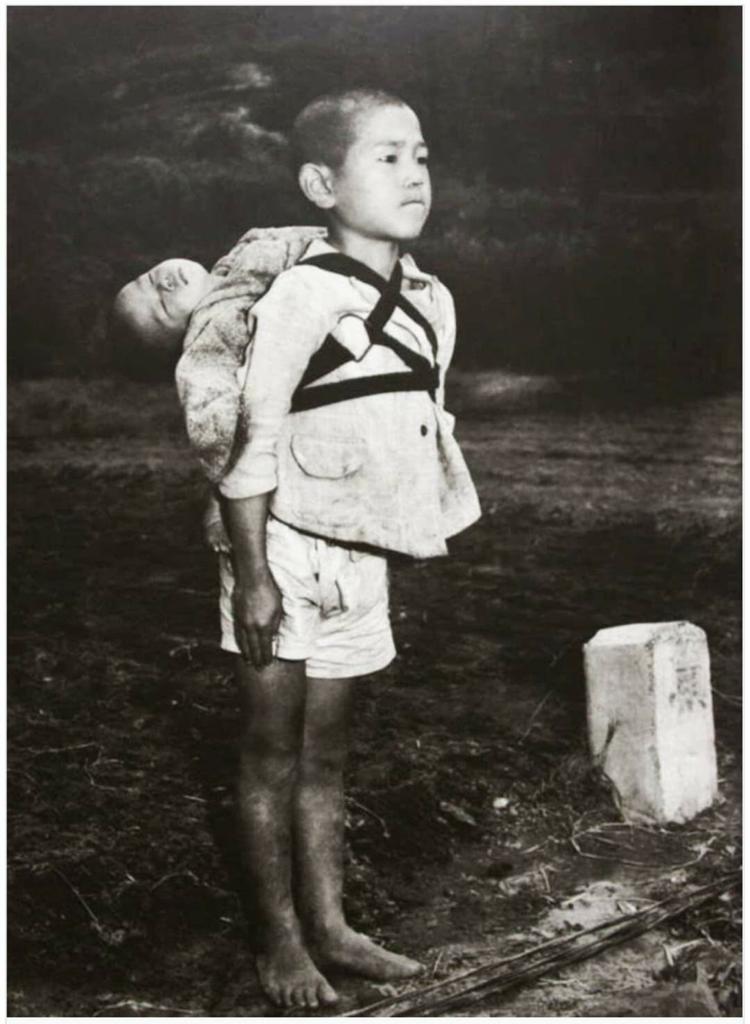 At a time when Olympics 2020 is set to begin in Tokyo, Japan, an image of a Japanese boy carrying dead body of his baby brother on his soldiers is going viral.

This image is connected with 1945.During World War II, a Japanese boy stood in front of a cremation pyre and waited for his turn to cremate his dead little brother.

Joe O’Donnell, the American photographer who clicked this picture is on record having said, that the child was biting his lips so hard to prevent crying that blood was dripping down the corner of his mouth.

When the guard of the crematorium asked, ′′Give me the load you carry on your back′′, Child replied, IT IS NOT A CARGO, HE’S MY BROTHER′′.

In Japan even today, this image is used as a symbol of strength. So painful yet so inspiring, it looks.