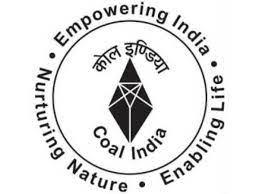 As coal mining operations have some impact on environment in terms of change in land use pattern, dust, air, water and noise pollution, efforts are made to check it.

In fact, it is mandatory for all projects of CIL to get the Environmental Management Plan (EMP) approved by the competent authority before commencing the mining operations.

Also a detailed Environment Impact Assessment (EIA) is carried out for each project considering pre and post mining conditions for preparing EMPs which are discussed in detail by the Environmental Appraisal Committee (EAC) of experts under MoEF&CC. Yet, the problem remains.

On the basis of the discussions, EAC recommends the case and accordingly Environment Clearance (EC) is granted by the MoEF&CC.

While granting EC, MoEF&CC stipulates conditions/ mitigation measures for implementing the EMPs which have to be complied with by the project proponents. On obtaining EC, the project proponent also secures Consent to Establish (CTE) and Consent to Operate (CTO) under the provisions of Water and Air Acts from the concerned State Pollution Control Boards (SPCB).

During the course of implementation of the project, the compliance of the conditions laid in the EC is being monitored through regional offices of MoEF&CC, SPCBs and internally by coal companies. Measurements of pollutant levels for coal mines as enumerated in GSR 742 (E) dated 25.09.2000 is implemented and the report so generated is sent to regional offices of MoEF&CC and SPCB.

Further, Ministry of Railways has issued guidelines/directions to all Zonal Railways in April 2018, for action to be taken with regard to handling of pollution intensive commodities at sidings and goods sheds in accordance with the provisions of State Pollution Control Board.

The following control measures adopted by CIL for Air Pollution caused due to transportation of Coal:

CIL has taken steps to augment the mechanized coal transportation and loading system under 'First Mile Connectivity' projects. In Phase-I, 35 projects are being implemented for a capacity of 414.5 MTPA. On commissioning of the same, a huge quantum of road transport will be eliminated, thereby leading to reduced air pollution & CO2 emissions.

Illegal mining of coal is reported to be carried out mainly from abandoned mines, shallow coal seams situated at remote/isolated places from the mines and are scattered over a large area.

It is a Law & Order problem which is a State subject, hence primarily falls under the domain of the State/District administration to take necessary deterrent action to stop/curb illegal mining of coal.

a. Concrete walls have been erected on the mouth of the abandoned mines to prevent access and illegal activities in these areas.

b. Surprise raids/checks being conducted jointly by security personnel and law and order authorities of the concerned State Government.

c. Dumping of the overburden is being done on the outcrop zones.

The Government of India has launched one mobile app namely “Khanan Prahari” and one web app Coal Mine Surveillance and Management System (CMSMS) for reporting unauthorized coal mining activities so that monitoring and taking suitable action on it can be done by Law & Order authority.

This information was given by Minister of Parliamentary Affairs, Coal and Mines Shri Pralhad Joshi in Rajya Sabha on 26 July 2021.