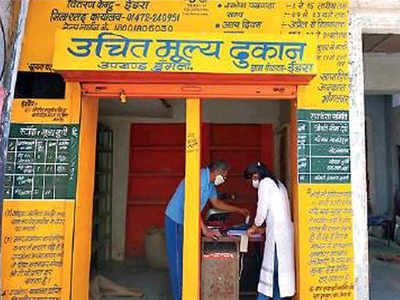 Jharkhand is ahead of Delhi in the list of states having Fair Price Shops(FPS).While in Delhi there were  2,018 FPS ,in Jharkhand, its number stood at 25,593.

In India, there were as many as   5.38 lakh  FPSs under the Public Distribution System (PDS) are operational.

The responsibilities for licensing of FPSs, their monitoring and continuous oversight of FPS operations rests with the respective State/UT Government.

The Public Distribution System (PDS) reforms provides a mechanism for distribution of highly subsidised foodgrains through the biometric authentication of beneficiaries in a transparent manner and transactions records are uploaded in public domain.