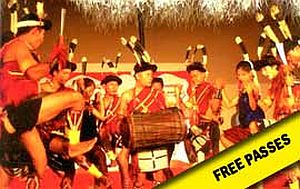 With Ranchi witnessing inauguration of the cricket stadium this evening-venue of the India vs England ODI tomorrow,there is a massive rush to get an entry.

Though the stadium is meant to accommodate 40,000 audience,the entry seekers is more than double this number.The Jharkhand State Cricket Association had sold less than 20,000 tickets.The rest was either sold to corporates or kept reserved for the guests.

Normally,in this kind of a situation,distribution of entry cards is done with an aim to oblige and earn friendship.JSCA president Amitabh Choudhary,who is gearing up to gain the BJP’s ticket to contest from Ranchi or Jamshedpur Lok Sabha constituency,is out to create a record.

Any body who is some body had got one or two entry passes.So were the politicians,bureaucrats,ex bureaucrats,judges and so on.Yet,there were many red faces.

For instance,former chief minister Hemant Soren,whose father Shibu Soren had inaugurated the stadium in 2008,had returned four entry passes he had got from the JSCA.As a people’s representative,these many passes were not sufficient,was his logic.

So was the case with ex minister Raja Peter who had got two passes.”The people’s representatives were being insulted by the JSCA’,said Peter.