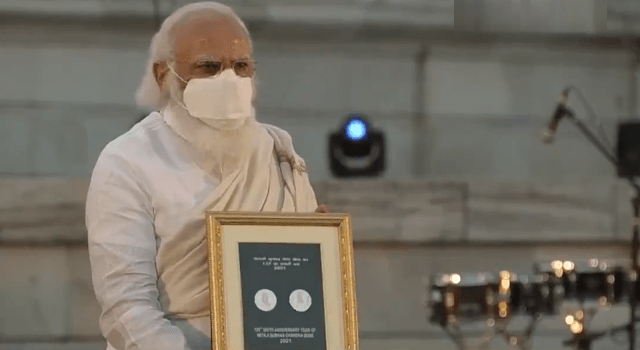 Swami ji founded the International Society for Krishna Consciousness (ISKCON) commonly known as the "Hare Krishna movement". ISKCON has translated Shrimad Bhagvad Geeta and other Vedic literature in 89 languages, playing a stellar role in dissemination of Vedic literature across the world.

Swamiji also established over a hundred temples and wrote several books, teaching the path of Bhakti Yoga to the world.

The Union Culture Minister will be present on the occasion.