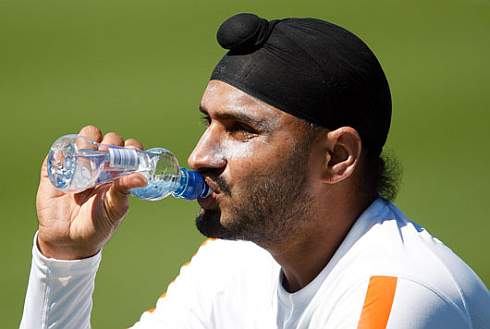 Come May 3 and spinner Harbhajan Singh will make public his plan to join the film industry.

He is likely to act in two comedy films.

Bhajji and his cricketer friend Chandan Madaan are reportedly working in tandem to make fortunes in the film industry.

On January 29,Harbhajan had said in an event in Chandigarh that he was in touch with the leading actors in Bollywood and Punjabi film industry.

On the launch date many stars including Salman Khan, Akshay Kumar, Sachin Tendulkar, Mahendra Singh Dhoni and Mukesh Ambani are likely to rub shoulder with him.