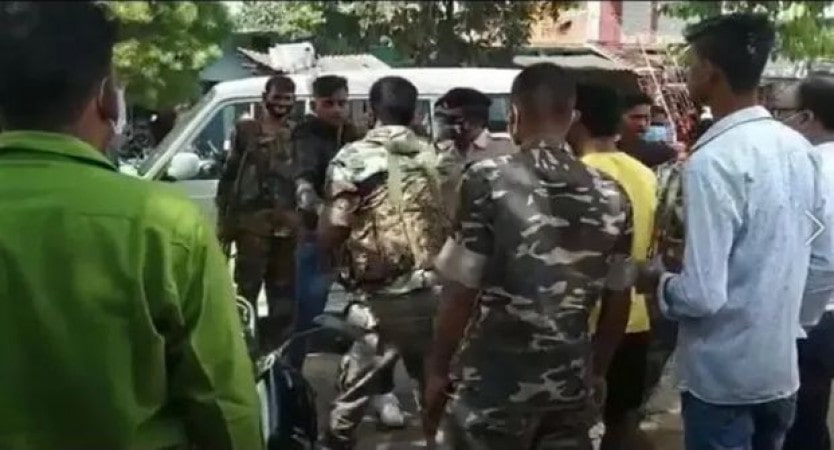 The incident took place at Jharkhand’s Karma Chowk in the Mayurhand police station area, about 45 kilometers from the Chatra district headquarters on Wednesday (August 1, 2021). A video taken by a netizen on the spot went viral.

As this video went viral and started doing the rounds in WhatsApp, top brass of the police took note of it. The viral video shows that neither the policemen nor the senior officers of the mask checking operation were wearing masks covering their noses properly.

Chatra SP Rakesh Ranjan suspended three policemen late on Wednesday night and sent two to the police line after the video of the incident went viral.

The incident took place at Karma Chowk in the Mayurhand police station area, about 45 kilometers from the district headquarters. Army personnel from Arabhusahi village under the Katkamsandi police station area of Hazaribagh were passing through the chowk on his bike.

The jawan did not wear a mask, so the policemen stopped him and police Sanjay Bahadur Rana took out the key of the jawan's car. This angered Jawan Yadav. The jawan strongly opposed the police behavior and warned them to behave properly.