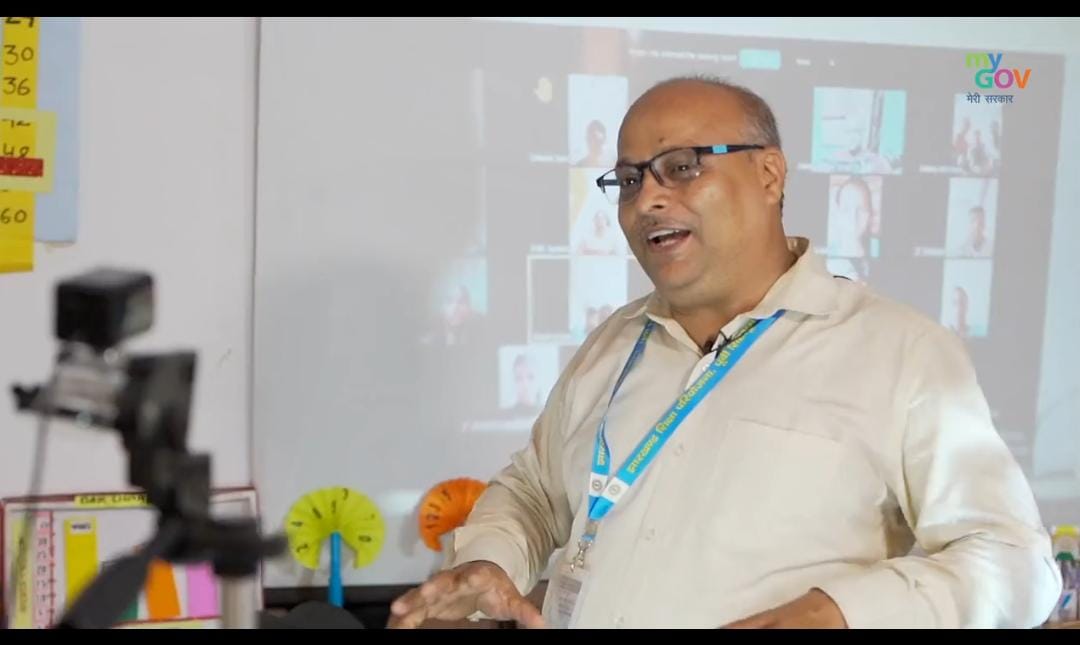 Manoj Kumar Singh, a mathematics teacher from Jamshedpur, is the sole recipient from Jharkhand of the National Award to Teachers 2021.

Altogether 15 teachers from eastern and northeastern states have been selected for the coveted award. It was given by President Ram Nath Kovind through a webinar due to the Covid pandemic. The award carries a medal, a certificate and Rs 50,000.

Expressing happiness, 49-year-old Manoj, a resident of Adityapur who is deputed as a mathematics and science teacher at Hindustan Mitra Mandal Middle School in Golmuri, Jamshedpur, attributed his selection for the award to his passion to teach complex mathematical concepts through innovative practical and art-based pedagogy mostly done outside the boundaries of the classroom.

“Students in state-owned schools are not that well versed in English to understand the concepts of mathematics, especially complex theorems and formulae. For the last one decade, I have devised my own art-based pedagogy with focus on ‘learning by doing’ concept to teach students hailing from poorer strata without good language skills the concept of mathematics. I can proudly say that most of the students in the schools I have been deputed have fetched good marks in mathematics at the matric level,” said Manoj, who conducts online teaching through his YouTube channel — Creative Learning with Manoj.