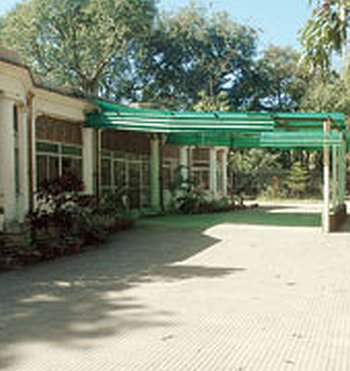 He may not hold any post in Jharkhand.But the state government under the President’s Rule is set to spend lakhs of rupees on construction of the surface of JMM MP Shibu Soren’s bunglow in Morahabadi,Ranchi.

The surface is planned to be laid with ‘brick flat soling’, in addition to construction of a shade,plinth protection and court yard at a cost of Rs 23.68 lakh.

Soren,who was allotted this bunglow on the ground that he held the post of chairperson of the coordination committee of the coalition government led by the then chief minister Arjun Munda.After his government fell early this year,Soren had seized to be the coordinator.

Incidentally,during the past 10 years since Soren has been living in this bunglow,the state government has spent more than Rs two crore on repair,extension and beautification of this bunglow.

In fact,Soren who was not available for comment ought to have vacated this official bunglow after the Munda government fell.He did not do so.Neither the state Building Construction Department served him the notice asking him to vacate the bunglow.Instead,this department deemed it fit to plan expenditure of this whooping sum on its beautification.