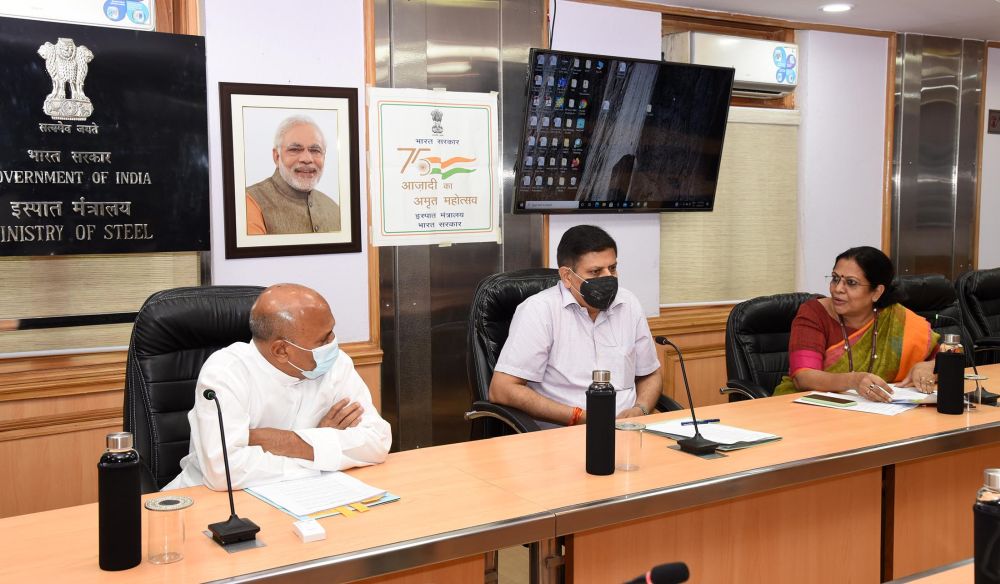 The meeting was held on the status of the Disposal of Iron Ore fines by Steel CPSEs with the representative of Steel CPSEs viz. Steel Authority of India Ltd. (SAIL) and National Mineral Development Corporation (NMDC) along with officials in the Ministry of Steel.

Shri Singh stated that since the Ministry of Mines has given permission to (SAIL) to sell the stock of 70 MT of dump fines/tailings lying across different captive mines of SAIL, these stocks should be disposed of at the earliest and made available to the industry. A concrete plan of action needs to be prepared and acted upon.

The Minister further added that all the minerals irrespective of their grades are the wealth of a Nation and this national treasure should be utilized in a manner that contributes towards the growth of the nation.

Shri Ram Chandra Prasad Singh directed the SAIL to prepare a roadmap with clear timelines for the disposal of iron ore fines either by selling it in the open market or by using it for their captive use. NMDC was also advised to prepare a similar roadmap for enhancing their production and expanding their customer base.

Earlier, Chairman, SAIL and CMD, NMDC briefed about their present and future action plan for the disposal of iron ore fines along with ramping up their production to ensure more surplus raw material in the market.