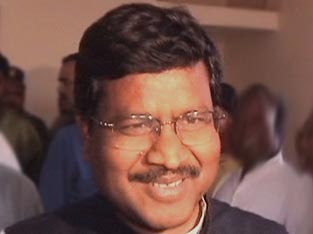 Former chief minister Babulal Marandi who led a rally of the Muslims in Ranchi today was taken into custody.

Marandi,founder president of the Jharkhand Vikas Morcha,was about to march past with the rallyists to go to the Raj Bhawan this afternoon,when the police took him into custody.Subsequently,he was released.

The rally organized under the banner of the party’s slogan –Falah(Rights)-was aimed at mobilizing Muslims ahead of the Assembly and Lok Sabha elections scheduled to be held in 2014.