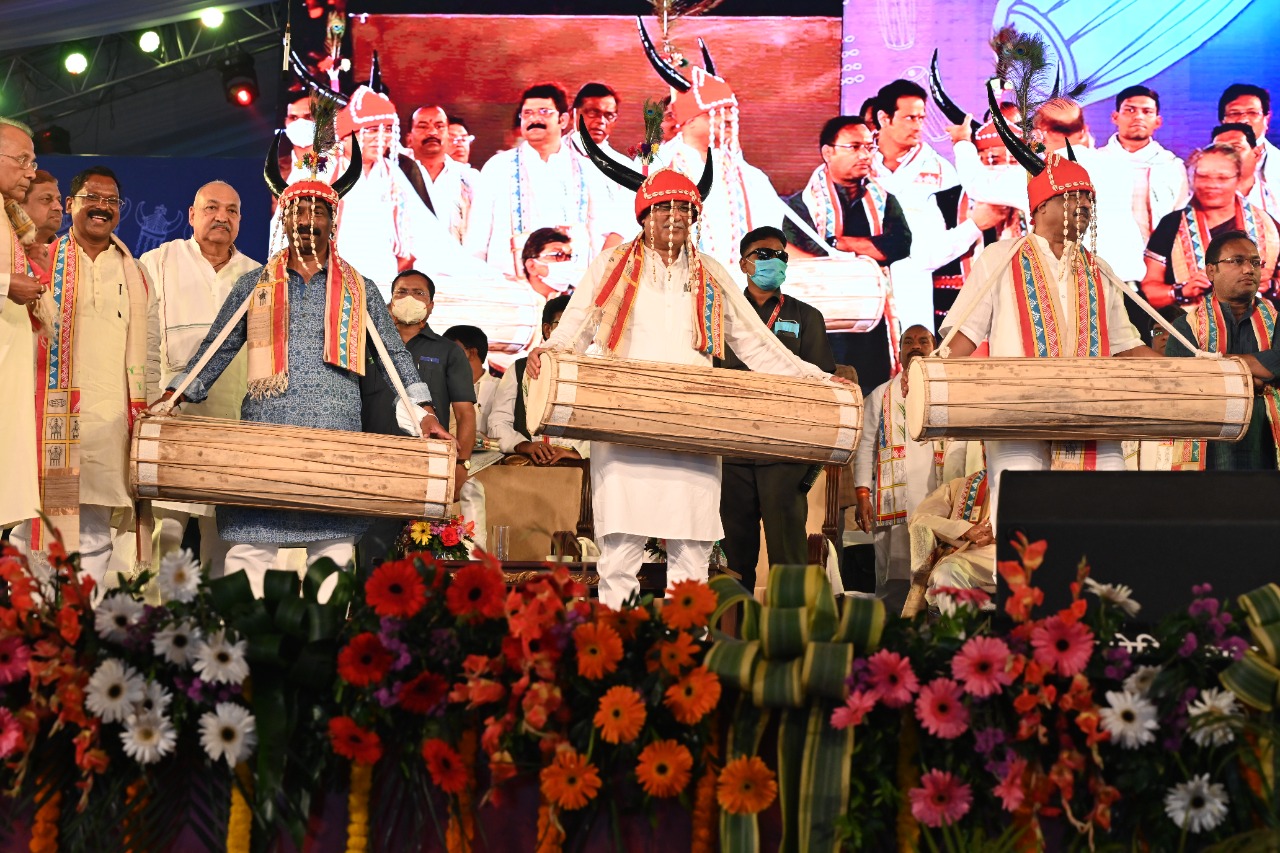 *★More than 1000 artists from 7 different countries, 27 states of India and 6 union territories will take part in the three-day National Tribal Dance Festival. People from the tribal community will display a glimpse of tribal culture, marriage and other traditional customs.

*★Countries like Uganda, Nigeria, Uzbekistan, Maldives, Sri Lanka, Palestine and others are also taking part in the event.

*★This dance festival is a sign of respect to such classes who have been educationally, socially and economically deprived.

This was not just a dance festival.It was considered by the state administration as an “honour” to those who have been educationally, socially and economically deprived.

This was also a message to the whole country that if tribals want, this community can walk with us.

“Departments are created in their name, but the community is deprived of its rights & facilities leveraged to them. I also come from a tribal community. Reaching here was a big challenge for me. Even if I had not been the Chief Minister of Jharkhand, I would have attended this program. I wish all the best to all the artists who have come here,” said Chief Minister Hemant Soren.

It is a unique program in the whole country. This is an opportunity to get acquainted with the tradition and culture of the tribal society. Even in this materialistic age, Tribal society is struggling to save their civilization, culture and tradition. In such a situation, tribal people will get energy from such events and they will be able to keep their civilization and culture intact. In addition, the fair held on the campus will also showcase the amazing inner potential of these classes, which is naturally associated with them.

The Chief Minister said that the Tribal society lives around nature. Their fields, barns, cattle and forest produce are their wealth. It is commendable to see that the Chhattisgarh government is helping these communities by giving MSP in forest produce. I believe that the country and the state can develop only when the villages will prosper. Work should be done in the direction of increasing the purchasing power of the villagers and upliftment of the underprivileged, backward, poor & marginalized section of the country.

*Government is dedicated to the upliftment of the community*

The Chief Minister said that the girls from the tribal community of Jharkhand are showcasing their talent in the field of sports. Seven girls of Jharkhand participated in the national Hockey team.

They all come from the same district. Given, the possibilities of sports in Jharkhand, the state government is hosting a national level sports competition. The Chief Minister said that the Government of Jharkhand is offering 100% scholarship to the bright and talented young minds from tribal society to get higher education in the UK. Six students have been selected under the scholarship scheme and are pursuing higher education in the universities of UK.

*Artists of Jharkhand will also perform*

During the festival, a dance competition will be organized on themes of marriage rituals, traditional festivals, harvest rituals, agriculture and other traditional methods. Artists from Jharkhand will also take part in the competition. They will perform ‘Kadsa’ under the method of marriage ceremony ritual, Oraon and Chhau dance under harvest ritual.