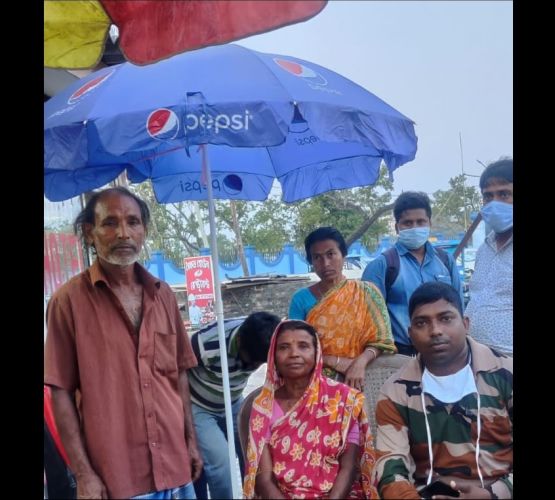 On the occasion of the 163 birthday anniversary of Acharya Sir Jagadish Chandra Bose, his deeds must be looked into.

Everybody knows, using his invention of radio technology, the nation is witnessing the reunion of a family as one Adivasi lady Ganu Mondal ( Bauri ) after 37 years with her family who was missing from Jharkhand Purulia border, Bokaro District.

Her beloved husband Umapada Bauri, Rinku Kumar Bauri and others have also got united. Sundarban police SP Mr. Bhaskar Mukherjee, IPS, will be handed over Ganu Bauri to her family after verification.

Activists involved with the HAM Radio, West Bengal Radio Club member Mr. Dibos Mondal will be present there. Almost 15 Days back one tourist informed them that the lady at Bokkhali sea beach had become a family member of Mr. Baneswar Mondal.

Soon, they got confirmed due to the needed help of their two civil defense volunteers namely Mr. Anup Sanmal and Mr. Soumitra Maity.

Expressing happiness after getting the family reunited, she thanked them. In real terms, it symbolised like a Bollywood film. Thanks to all for helping us for reunited.