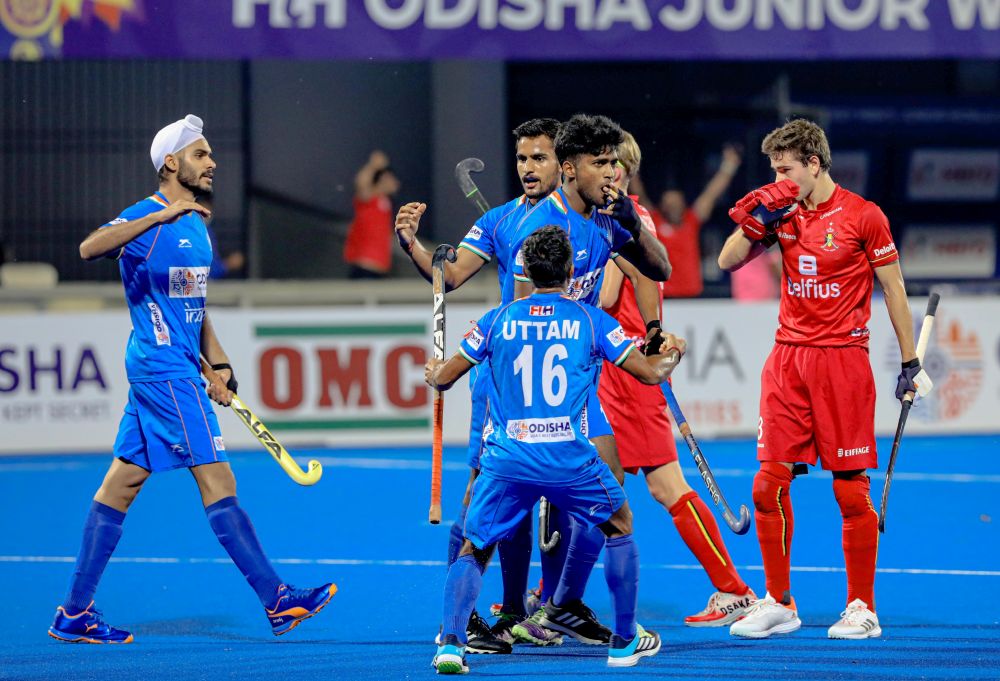 Chief Coach Graham Reid on Thursday asserted that India will play an attacking game against Germany in the semifinals of the Junior Hockey World Cup on Friday  adding "It will be a challenging game for us but I am confident if we play our best, then we will win,"

Speaking to media on the eve of the semifinal, Reid said " Germany has won this tournament more than any other team in the world. You saw Masi Pfandt scoring a late goal in their Quarter Final match against Spain.

"Germany is known for scoring late goals. They have done it historically with the senior group. It is in their DNA. They never give up, they keep moving the ball and they keep playing with the same intensity," he said.
The coach, however, maintained that he is confident India can win the match and reach the Final. "It will be a challenging game for us but I am confident if we play our best, then we will win,"

"I hope to play with a little bit more energy and tone tomorrow. We got a little bit defensive against Belgium and it was not our objective. So, we will try to play attacking hockey tomorrow, try to penetrate and score. That's the name of the game, "

Talking about the win against Belgium, Reid said that he was impressed by the fight and grit shown by his players. Our performance against Belgium was, perhaps, not very attractive to watch. But I feel happy to see the boys showed a lot of grit, determination, and guts. As a coach, it was very important for me and exactly what we needed," he said.

Meanwhile, Germany Coach Valentin Altenburg said that he, along with his team, watched India's Quarter Final match against Belgium from the stands to make an assessment of what to expect on Friday.

"The boys got the first impression of what to expect from India and also from the spectators at Kalinga Stadium. We really enjoyed the noise," he said.

Altenburg admitted that Germany has to be at its best to go past India. "We have huge respect for India because of their attacking quality. Against Belgium, we also saw tremendous defensive skills from India against a very strong and structured Belgian team. "

We know we have to be very best tomorrow to have a chance to win against India," he added.