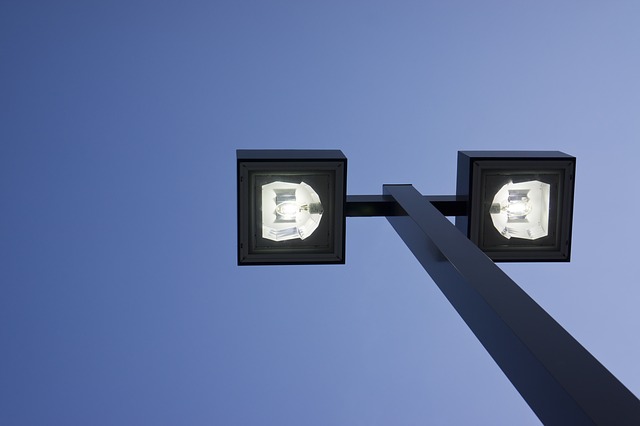 The details of initiatives undertaken by Government of India, Ministry of Power under the ambit of Energy Conservation Act 2001 to conserve electricity are as under:

(i) Standards and Labelling (S&L) scheme was developed with the objective of providing consumers an informed choice regarding the energy savings and thereby the cost-saving potential of various energy consuming appliances. The programme presently covers 28 appliances out of which 24 appliances facilitate electricity savings. The programme has resulted in annual electricity savings of about 65 Billion Units in 2019-20.

(ii) Unnat Jyoti by Affordable LEDs for All (UJALA) scheme aims to facilitate faster uptake of LED lamps through aggregation of demand. Under this programme, 36.78 Crore LED bulbs have been sold till November 2021, which provides annual electricity savings of 48 Billion Units.

(iii) Gram Ujala: Under Gram UJALA programme, incandescent bulbs are replaced by efficient LED bulbs that consumes 88% less electricity. As on date, over 33 lakh LED bulbs have been distributed under this programme. This has resulted in an estimated energy saving of 467 million kWh per annum.

(i) To promote energy efficiency in commercial sector the updated Energy Conservation Building Code (ECBC) was published in 2017. This Code stipulates minimum energy performance norms for new Commercial Buildings. As on November, 2021, 20 States and UTs have notified ECBC for their States and 48 Urban Local Bodies (ULBs) have incorporated provisions of ECBC for building approval process.

(ii) For existing buildings stock, Star Rating Program is in place, which evaluates energy usage in the building over its area expressed in kWh/sqm/year. As on November, 2021, 264 commercial buildings have been star rated under different categories of buildings.

(iii) Total 44 numbers of Electricity Distribution Companies (DISCOMs), whose AT&C losses were equal to or above 1000 MU (86000 mtoe) were given T&D loss reduction targets, under the Perform, Achieve and Trade (PAT) scheme. These 44 DISCOMs have reported a total electricity savings (loss reduction) of 31 Billion Units in the year 2018-19.

(iv) Street Light National Programme (SNLP) has been taken up, under which about 1.22 crore LED street lights were replaced across India as on November, 2021. This has led to annual electricity savings of 8.2 Billion Units.

Building Energy Efficiency Program (BEEP) was launched to implement energy efficiency measures in Government buildings across India. Under this Program 10,451 Buildings have been retrofitted with energy efficient equipment like LED Lights, 5 Star rated Fans and super-efficient Air-conditions. Due to above interventions, there are energy savings of 250 million kWh per annum.

(i) The Star Rating programme of S&L Scheme includes pumpsets, thereby promoting electricity savings in Agriculture sectors. A total of 10,784 number of inefficient agricultural pumpsets have been replaced by energy efficient ones resulting in annual electricity savings of 0.18 Billion Units.

Under this programme, 5-star energy efficient agricultural pumps are distributed to ensure a minimum of 30% reduction in energy consumption. As on date, about 79,000 nos. pumps have been installed in the States of Andhra Pradesh and Uttar Pradesh. This has resulted in estimated energy savings of 204 million kWh per year.

(i) Towards efficiency improvements in large energy intensive sectors, Ministry of Power is implementing a flagship program called Perform, Achieve and Trade (PAT). The scheme aims at reducing Specific Energy Consumption (SEC) of Designated Consumers (DCs) in energy intensive sectors, with an associated market-based mechanism to enhance the cost effectiveness through certification of excess energy savings which can be traded. The scheme results in fuel / energy savings including electricity by the energy intensive large industrial units and establishments.

(ii) Till November 2021, the program has included 1076 large units from 13 sectors for participation as Designated Consumers.

(iii) PAT Scheme has resulted into energy savings of (loss reduction) of 31 Billion Units in the year 2018-19.

(i) For improving energy security of SMEs, energy efficiency projects have been implemented in 5 key sectors (Ceramics, Dairy, Foundry, Hand Tools, Brass) leading to savings of about 11452 toe of energy, which includes electricity and other fuels.

(i) In the transport sector, fuel efficiency norms for passenger cars; Heavy Duty Vehicles; and Light & Medium Commercial Vehicles have been notified.

(ii) Government has been working towards promoting Electric Vehicles and in this regard creation of Charging Infrastructure in the country has been identified as one of the critical areas. Ministry of Power has issued "Charging Infrastructure for Electric Vehicles - Guidelines and Standards" on 14.12.2018 which were revised on 01.10.2019 and 08.06.2020.

As part of energy efficiency scheme in large industry and establishments, the industrial consumers from energy intensive sector are mandated by a notification to get “energy audit” conducted through an Accredited Energy Auditor (AEA). Every industry has to conduct Mandatory Energy Audit (MEA) initially within 18 months of the notification and subsequently every 3 years.

These Energy Audits are conducted by the industries themselves and the report is submitted to Bureau of Energy Efficiency (BEE). The energy efficiency measures identified through these energy audits are implemented by industries in order to meet their respective specific energy consumption reduction targets as stipulated under the PAT scheme.

BEE has also initiated Energy and Resource mapping of SME clusters from 9 energy intensive sectors. Energy Audits have been conducted in 45 clusters and till 30th October, 2021 more than 400 energy audit reports from various SME units have been received from expert agencies engaged by BEE.

These audit reports provide necessary information to participating SME clusters with an aim to enhance uptake of energy efficiency measures by the individual SME units.

This information was given by Union Minister for Power and New and Renewable Energy, Shri R.K.Singh in a written reply in Lok Sabha on Thursday.