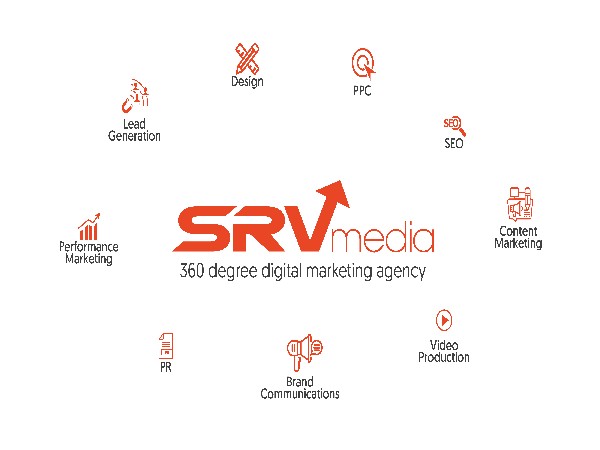 SRV Media, an integrated digital marketing and communication firm, certified by ISO (ISO 27001:2013 - International standard recognized globally for managing information security risks, ISO 9001:2015 a certification that helps improve the overall quality of the products and services provided by an organization), forayed into the Eastern region by opening its new office in Kolkata.

Vikram Kumar, Co-Founder and Managing Director of SRV Media says, The opening of the new office in Kolkata projects its ambition to cater to the communication needs of the clients in Eastern and North Eastern Region and to strengthen its national presence. Kolkata has utmost potential as the stepping stone into the Eastern and North Eastern Region market.

Due to the high demand in the market, business expansion was necessary. The agency - which has created some eminent communication campaigns for their Premiere clients and helped many educational institutions to scale up their admission and application rate for over a decade and hopes to engage with more brands in the coming year. SRV Media did not let the pandemic affect them, rather used it as a weapon and scaled up its franchise by opening two new offices.

The new office in Calcutta gives access to a new market through the opening of an office in East India which will have a competitive advantage with a profitable location and employees. The East India market has undiscovered needs which can be fulfilled through digital. The market is comparatively untapped which brings up even more opportunities to every brand to fuel up the market by offering services in the field of Brand Communication, Content Marketing, Digital Advertising, SEO, Social Media Marketing, Public Relations, Website Design & Development, Performance Marketing, Data Analytics, Video Production, App Development, and much more.

The company has granted two patents in the field of digital marketing and artificial intelligence and is planning more. The first patent titled AI BASED INNOVATIVE METHOD TO SHOWCASE THE USE OF PRODUCTS' is from the field of Computer Science and Engineering. The second patent titled INTERNET OF THINGS BASED DIGITAL MARKETING' is also from the Computer Science and Engineering domain. SRV Media has successfully published both the patents coming under The Patent Act 1970' and The Patents Rules, 2003'.

Note:This is based on press release issued by Mediawire. Though we publish it, JharkhandStateNews does not take claim of its authenticity.