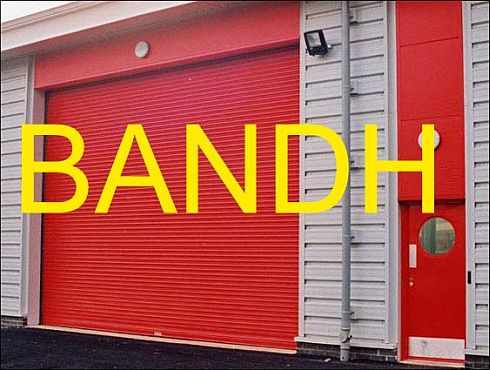 With no untoward incident reported from any part of the town,the bandh in Ranchi remained peaceful.

“Not one incident of violence took place.We had deployed the police in all sensitive areas”,said Ranchi City SP Manoj Ratan.

However,normal life came to a standstill as most shops,schools and colleges remained closed throughout the day.The busy Main road in the town wore a deserted look with public and private vehicles plying in depleted number.

In the pre noon period,the protagonists of the bandh took out processions demanding death punishment to the accused responsible for the rape and muder of 6-year –old girl.The police had arrested Saddam,accused of the heinous crime.”If we don’t get justice,we will hand over memorandum to President Pranab Mukherjee”,said Mohammed Alam,a shop keeper.

Incidentally President Mukherjee is slated to visit Jharkhand on April 29.The bandh was called by groups of Muslim youths who were backed by the Congress and the Jharkhand Mukti Morcha,to protest the rape and murder of the same girl whose body was found on Thursday.