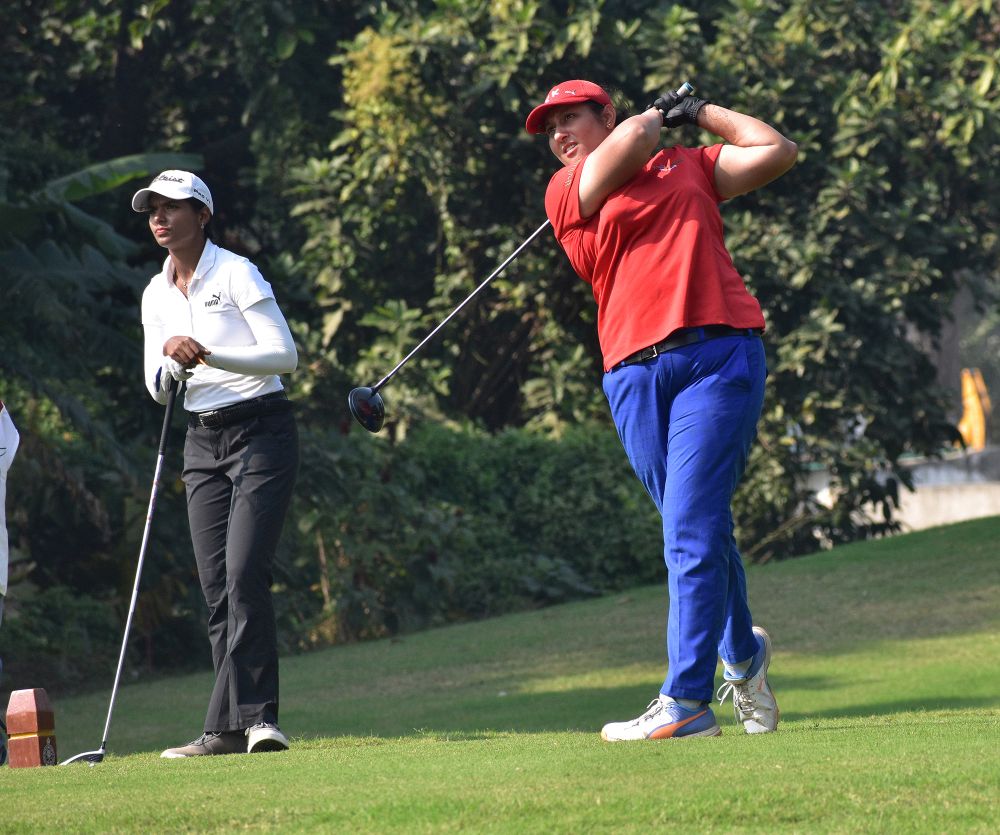 Jaipur golfer Khushi Khanijau shot three birdies in the last four for even par 72 last round and with a tournament total of 229 ,won her maiden title as she claimed the 15th and final leg of the Hero Women’s Pro Golf Tour at the Royal Calcutta Golf Club on Friday.

The 21-year-old winner , also had a bogey on 16th but her total of 229, one better, piped the trio of amateur Smriti Bhargava (77), Shweta Mansingh (77) and overnight leader Seher Atwal (80), all of whom tied for second.

Starting the day seven shots behind the overnight leader Seher,  Khushi had an error free front nine with one birdie on the par-4 sixth and eighth pars. She, however, suffered a setback on 10th and 11th, which she bogeyed.  However, the lead group behind her were having problems of their own. Seher was two-over, Smriti was three-over for the front nine and Shweta was four-over.

That gave Khushi a chance to make a charge, but setbacks in the form of three bogeys on 10th, 11th and 14th meant she had her task cut out over the last four holes. She got an

unexpected chance as the lead group started dropping a lot of shots. Smriti was two-over for the back nine, Shweta was three-over and Seher suffered with six-over 42 on the home stretch.

In contrast, the Jaipur girl was just one-over and that helped her to become the clubhouse leader. She kept that lead as the final trio was unable to make any gains on the 18th.

As Khushi played in the second last group, she finished at 229 and waited for the final group. A birdie for any of the three, Smriti, Seher and Shweta, playing together, would have sent the tournament into a play-off. However, all three parred and stayed one behind to share the runner-up spot.

While she landed four birdies, three of them in the last four holes, neither Smriti Bhargav nor Seher managed to find any birdies on the final day.

She thus broke into the winner’s circle for the first time .Her previous best was Tied-second (alongside Tvesa Malik) and behind Amandeep Drall when was also the Rookie of the Year in 2018 at the Boulder Hills in Hyderabad ..

Shweta Mansingh of Gurgaon, who was in the running for her maiden title after the second round, was in with a chance with four holes to go as she was in the final grouping. However, Shweta dropped shots on the 15th, 16th and 17th holes to fall back to tied second at 230.

Seher Atwal had a very disappointing final day as she did not have a single birdie. Instead she dropped two shots on the front nine and had two bogeys and two doubles on the back nine for a total of 8-over 80 and fell to tied second place with Shweta and Smriti.

Amateur Jahnavi Prakhya was fifth, while Lakhmehar was sixth and Oviya Reddi seventh. Saaniya Sharma, Neha Tripathi and Jyotsana Singh completed the Top-10 in the final event of 2021.

Amandeep Drall, who skipped the last two weeks as she is playing in the Ladies European Tour’s Final Qualifying Stage in Spain, managed to stay ahead and win the Hero Order of Merit which has been combined for 2020 and 2021. Vani Kapoor and Jahanvi Bakshi, also playing in Spain for LET berths, were second and third