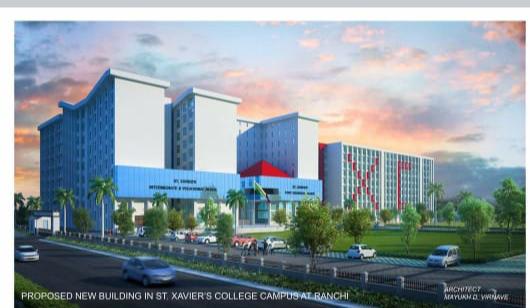 The St. Xavier’s College Ranchi, a premier educational institution of India, is going to get a new infrastructure for itself.

“ It is going to add infrastructure and colour to St. Xavier’s college”, says a top Jesuit associated with the Roman Catholic Church in Ranchi.

That’s fine. But the demolition of the old building of St. John’s High School located in Purulia Road in Ranchi, Jharkhand, India, has raised eyebrows of its old students. “ I just want that’s such a building of the British era should have been put under heritage building of India”, said an alumnus.

As it is, St. John’s High School, Ranchi which exists in its new building nearby, was founded by the Jesuits in 1887 and provides boys with an education from grades 6 to 12.