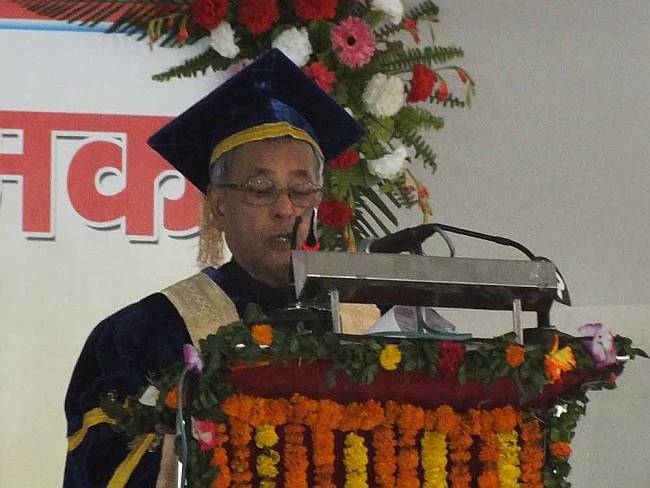 Apart from handing over Degrees to students,he delivered lecture exhorting students to rise and shine and contribute to the nation building.

Prior to this,he arrived at Ranchi airport by a special aircraft at 12.55 PM.After receiving a guard of honour,he flew to Dumka along with Governor Syed Ahmad.From Dumka,they were slated to return and President Mukherjee was slated to stay inside the Raj Bhawan tonight.

From Godda,President Mukherjee will go to Babadham temple of the lord Shiva at Deoghar and offer puja there. Then, he is slated to return to Ranchi to fly back to New Delhi.