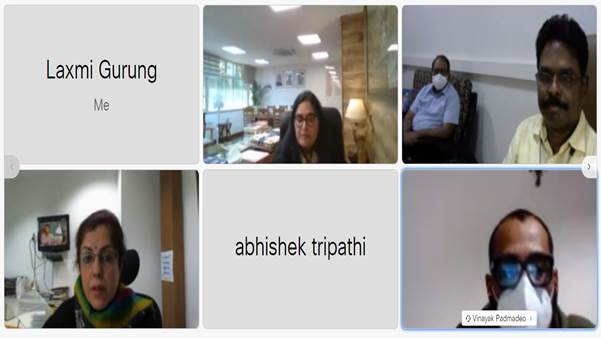 Prime Minister Shri Narendra Modi will inaugurate the 25th National Youth Festival on 12th January 2022 at 11 AM in Puducherry, via video conferencing.

12th January being the birth anniversary of Swami Vivekananda, the great philosopher and thinker, is observed as National Youth Day every year. As we celebrate the birth anniversary of Swami Vivekanand, his teachings and eternal belief in the power of youth greatly resonate with the changing times in India. Briefing media persons virtually about the National Youth Festival 2022, Secretary, Youth Affairs, Smt. Usha Sharma said that the Festival aims to shape the minds of India's youth and transform them into a united force for nation-building.

Smt. Usha Sharma said that this year, in view of the emerging Covid situation, the Festival has been scheduled to be held virtually from 12 - 13 January 2022. The inauguration will be followed by the National Youth Summit which aims to galvanize, ignite, unite and activate the youth towards nation-building, to unleash the true potential of our demographic dividend.

During the summit, the youth will get an opportunity to express their views on current issues like Environment, Climate Change, SDG Led Growth, Technology, Entrepreneurship and Innovation, Indigenous and Ancient Wisdom, National Character, Nation Building among others. “During the festival, the participants will have a glimpse of Auroville, Immersive City Experience of Puducherry, indigenous sports games from all across the country & folk dances, etc. Other highlights of the festival include Live Musical Performance, Interactive Yoga session by Auroville & Art of Living instructors”, Secretary Youth Affairs added.

The Secretary reiterated that the virtual festival will see large participation from across the country.  Smt. Sharma also added that the National Youth Festival is one of the biggest events of its kind and the Ministry of Youth Affairs & Sports has been celebrating it with the objective of providing a platform to bring the youth of the country together in an attempt to provide them an opportunity to showcase their talents in various activities.

Smt. Sharma further added that as we celebrate Azadi ka Amrit Mahotsav of 75 years of the country’s independence, it is important to remember that youth are the most important and dynamic segment of the population of any country. The National Youth Festival not only strengthens National Integration but also spreads the spirit of communal harmony and brotherhood among the youth of the country. “The Festival also provides an arena, by creating a mini-India, where youth interact in formal and informal settings and exchange their social and cultural uniqueness. This blend of diverse socio-cultural milieu creates Ek Bharat Shrestha Bharat”, the Secretary added.

As a tribute to the contribution of Sri Aurobindo and Mahakavi Subramania Bharathi towards the Indian independence struggle and their fruitful efforts towards the inculcation of the spirit of nationalism among the citizens of the country through their literary works, the 25th National Youth Festival is being celebrated in partnership with Puducherry which is blessed with thoughts of both Sri Aurobindo and Mahakavi Subramania Bharathi.