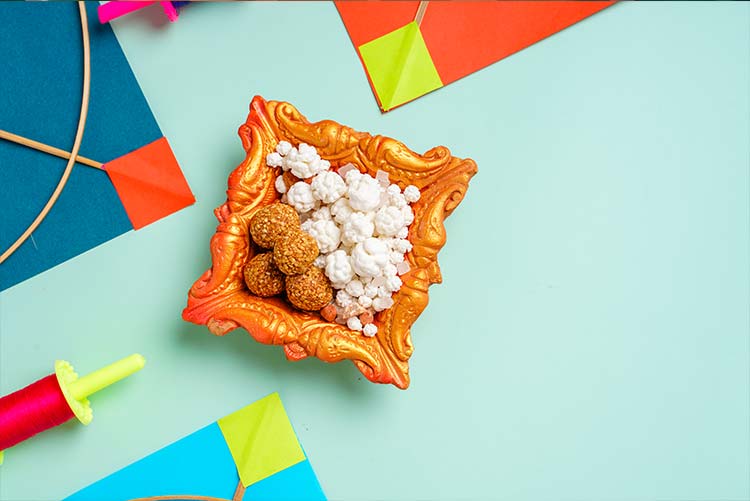 Come Makar Sankranti, and Tilkoot, Til Ladoos flood the market.The scene is no different this year.

Another feature of this festival is the men, especially kids fly kites in the Sky.

Scientists have studied these features of Til Sankranti.

The study revealed that Vitamin D is made by the body with sunlight. Sesame seeds (Til)have the highest Calcium(975 mg per 100 g). Milk has 125mg only.

The best quality of sunlight is at the end of winter and the beginning of summer.

Now join the dots, and see how wise were humans in ancient India.

They created a festival of flying kites whereby kids get excited to go in the open, under direct sunlight, throughout the day starting from early morning.

And their parents feed them homemade Til Ladoos, Tilkut, and Til-containing sweets. Are these features of Til Sankranti not part of the fantastic cultural tradition in Gangetic Belt - UP, Bihar, Bengal, Odisha, etc?

In Ranchi, the Kite flying festival was launched by some politicians in the early 2000s. It continued to take place every year.

During the past two years, due to Covid, it was not organised. My plea to the government functionaries in India is to declare kite flying as a national festival, though offices should remain functional.