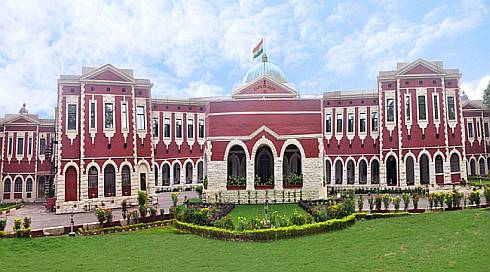 The Chief Justice PC Tatia remained busy on other cases and issues including appointment of subordinate court’s judges.”The rape cases may come up for hearing on next Tuesday”,said Advocate General Sohail Anwar when asked.

On April 26,Jharkhand High Court had taken suo moto notice of the rape and murder of six –year-old girl and directed the top brass of the state government to appear before it with facts of this case within four days.

The Chief Justice PC Tatia took the suo moto note of the media reports claiming that the daughter of Shakila Bano,a Class II student,went missing and her body with signs of strangulation and blood stains in her private part was recovered on Thursday morning.

The post mortem had confirmed rape and the girl was strangulated to death.The Chief Justice Tatia has directed the Chief Secretary,Home Secretary and the DGP to appear before the court and file affidavit giving details of the case.

The police had taken Saddam into custody.

In a separate incident,the lawyers under the banner of Ranchi District Bar Association have circulated a letter urging their counterparts not to defend the alleged rapists.

The letter was signed by association’s Secretary Kundal Prakash.Incidentally,there have been a series of heinous incidents of rape including the rape and murder of a six year old girl in Ranchi.