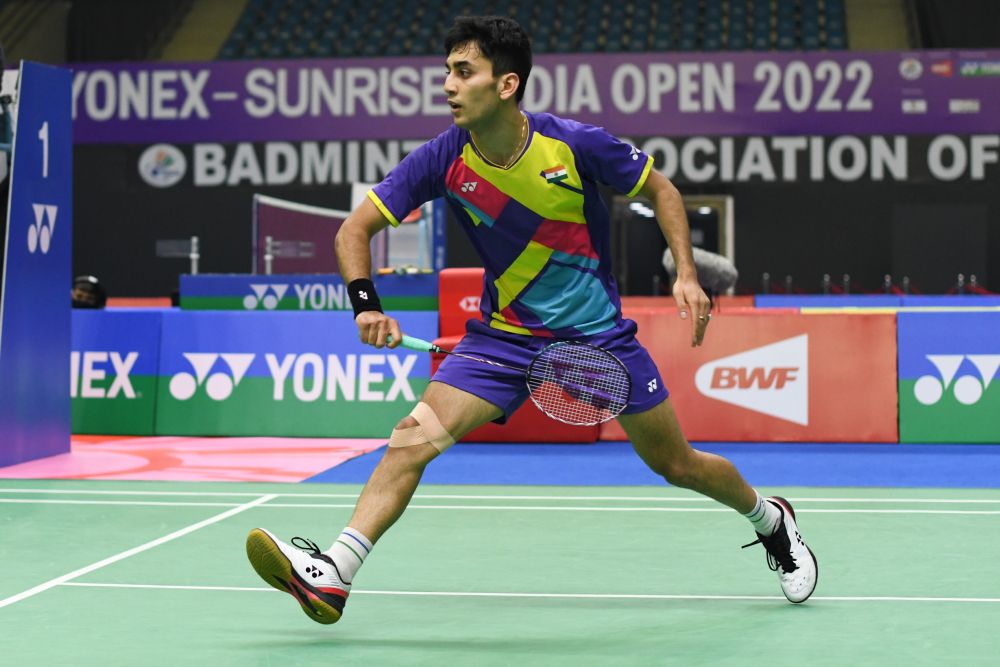 Home favourite  Lakshya Sen chalked out yet another come from behind victory as he ousted Malaysia’s Tze Yong Ng this afternoon to set up a title clash with world champion Loh Kean Yew in the Yonex-Sunrise India Open badminton here.

The Indian lost the first game but staged a remarkable fightback to sniff out Tze Yong NG’s challenge 19-21,21-16,21-12 in 67 minutes to make his first final at the Super 500 level or above on the BWF Tour.

Sunday’s final between Loh and Sen would be their fourth meeting this year with the world champion winning two of the three earlier matches. Their overall head-to-head record stands at 2-2.

World Championships bronze medallist and third seed  Lakshya Sen was the overwhelming favourite against world No. 60 Tze Yong Ng but the tall Malaysian came up with a determined performance and made his fancied rival struggle for every point.

In the quarter-finals against HS Prannoy, third seed  Sen had lost the first game before winning the next two.

In the semifinal,  Sen raced to a 14-10 lead before a flurry of errors allowed Ng to stage a comeback. The Malaysian won seven consecutive points to regain the lead and even though the Indian managed to level the scores at 17-17, Ng held his nerves to win the game to go up 1-0.

The Malaysian began the second game with the same tempo and opened up a 4-1 lead before Sen found a winner on the next shot and after that, it was the Indian who started dictating the proceedings.

The 20-year-old began to mix things up, playing softer drops to open up the court for an opportunity to hit winners with his cross-court smashes. Ng did manage to keep pace with the Indian till the mid-game interval but Sen was in total control thereafter as he forced a decider.

Sen maintained the pressure after figuring out that his rival was not comfortable with his toss-drop routine. The Malaysian did try to prolong rallies and keep the shuttle in play but it wasn’t enough as the Indian could find a way to hit the winners.

“The first game was really fast and he managed to win some close points at the end to win it. I stuck to my game plan in the next two games and it worked well for me,” Sen said after the win.

“It’s a good feeling to play my first Super 500 final at my home. Fans are not allowed this time but there were a few people in the stadium who were supporting me and it felt good.” He said adding he was confident of a good match against  Loh.

India’s only semi-finalists in the women’s doubles category, Haritha MH and Ashna Roy went down 21-12, 21-9 against fourth seeds Benyapa Aimsaard and Nuntakarn Aimsaard of Thailand.