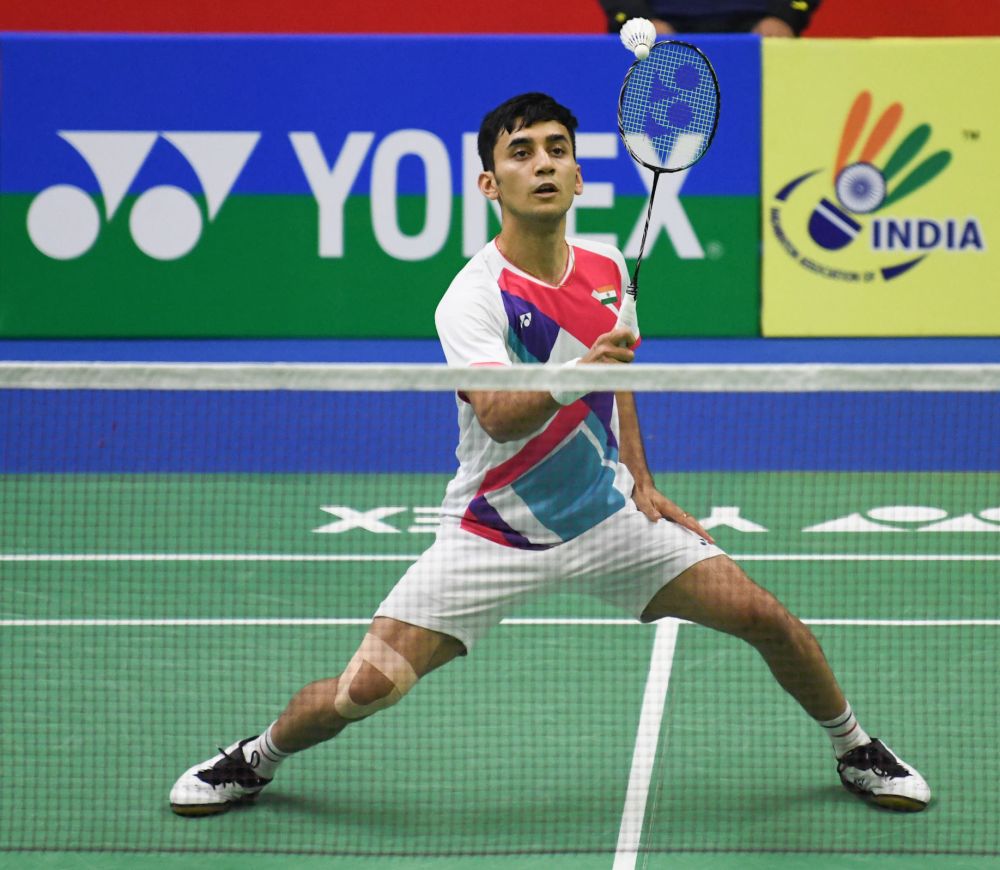 It turned out to b e super Sunday for Indian badminton fans as Sen  accounted  for fancied  Loh Kean Yew 24-22, 21-17 in 54 minutes to win his first Super 500 title while Satwik and Chirag   displayed better nerves to overpower  top seeds Hendra Setiawan and Mohammad Ahsan 21-16, 24-22

The men's final turned out to be  an edge of the seat  contest  with two world championships medallists facing off for the fourth time this year.

Sen, who had won the bronze medal in his debut world championship last month, was first to get off the blocks as he controlled the rallies brilliantly and put Loh under pressure.

He soon raced to a 16-9 lead and though Loh began to find his rhythm, the Indian looked in total control as he had five-point advantage at 19-14. But the world champion wasn’t going to just fold up and he turned the tables on the Indian by clinching six straight points to earn a game point. 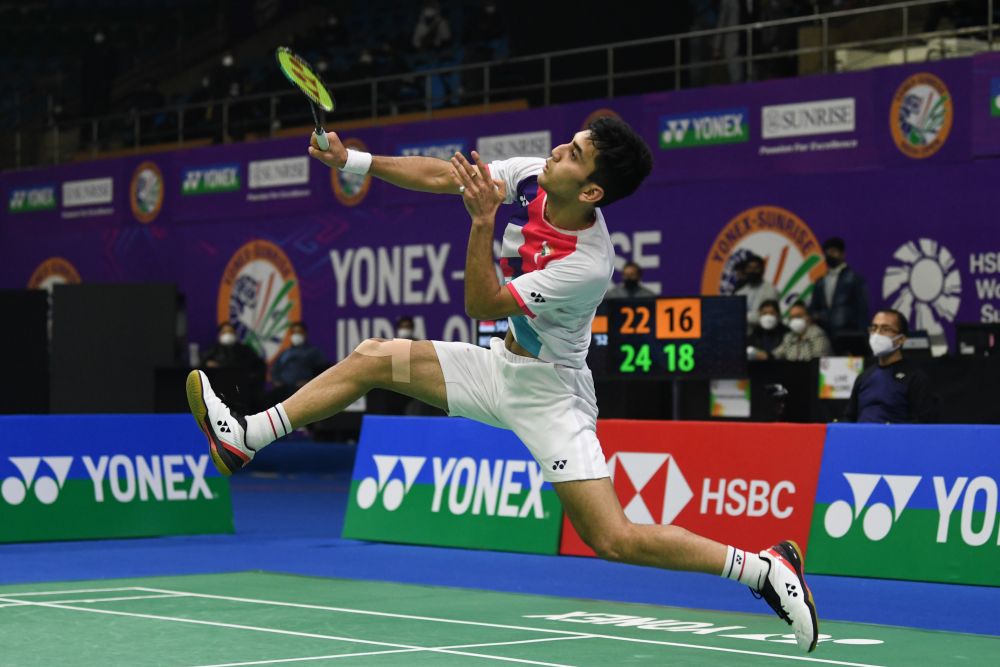 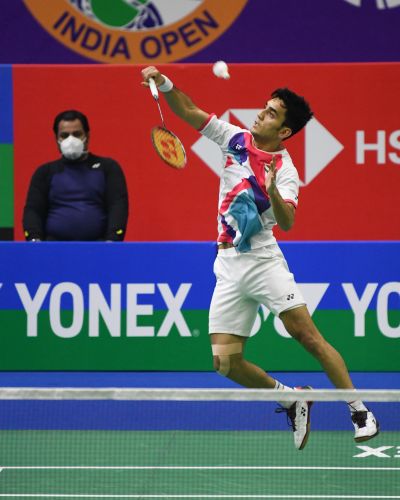 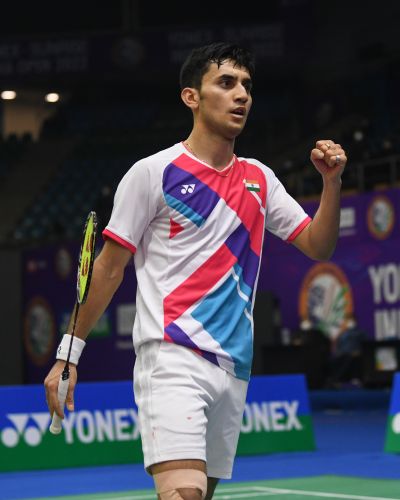 The Indian saved two of them, wasted one himself but kept his cool to clinch the second and changed ends with a definite advantage.

The second game opened  on a more even keel as both players engaged in long rallies. The Singaporean upped the pace from the start but to Sen’s credit, he was up to the task. The Indian  was patient in the rallies and his opponent made mistakes under pressure.

At the same time, Sen was always ready to unleash his big cross court smashes and that ensured that Loh could never breathe easy.. And those smashes, one to the left and the other to Loh’s right, clinched Sen his champion point and a place in history. 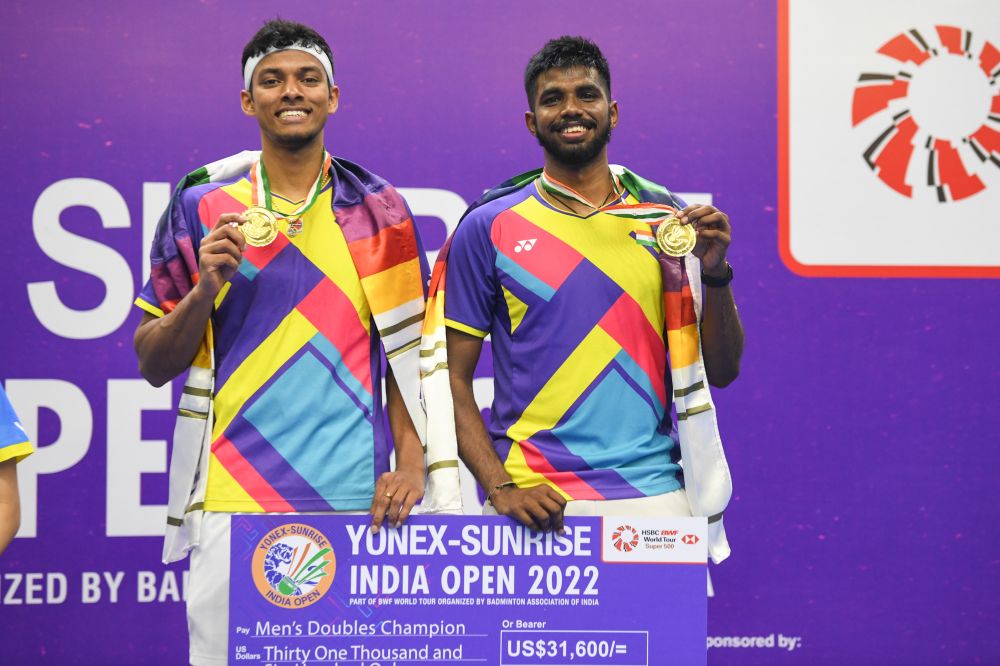 "It was a crucial first game. I was leading and then it became 20-20. But I managed to pull out the first game and it gave me a lot of confidence," Sen said after the  victoryh.

"I didn’t come with a lot of expectations in this tournament as I didn’t get a lot of practice after the world champion. But I came into the final with a much better rhythm as I played few good three game matches and I played more freely in the final today." he added

Earlier, Satwik and Chirag displayed nerves of steel and even put their more illustrious opponents under pressure with their tactics to clinch the men’s doubles title.

The Indian duo, Chirag and Satwik had a clear game plan of playing longer rallies. That meant they were prepared to play softer net strokes and even lift the shuttle high to force the Indonesians into making mistakes.

But they also prepared to counter the top-seeds game of playing flat rallies in the middle at the start and that allowed them to keep pace with the Indonesians at the start. It was in the 15th point in the opening game that they managed to push the rally longer. 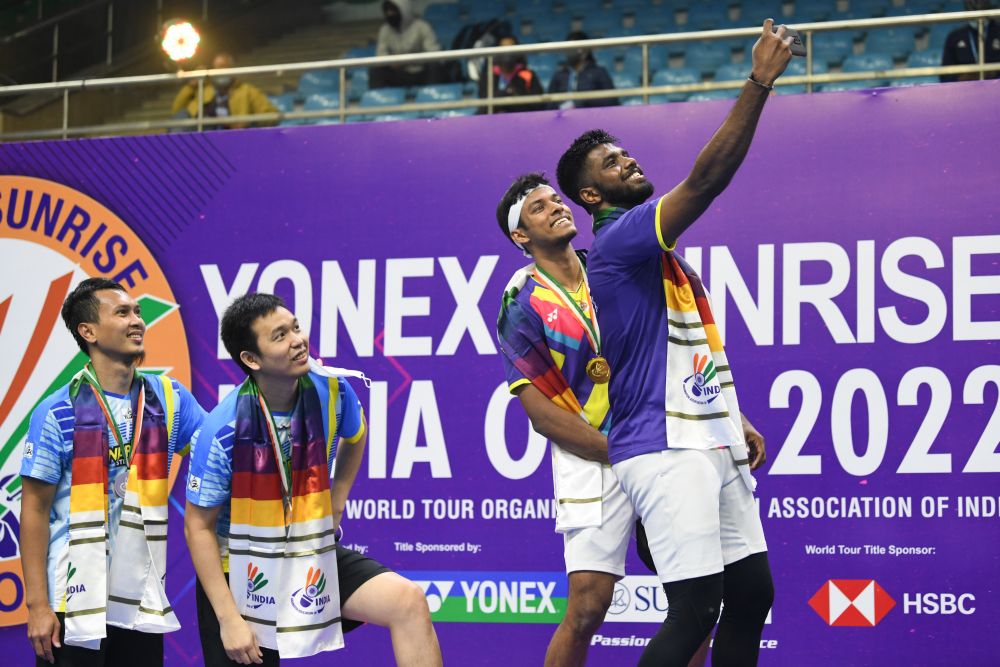 The approach was to tire their senior opponents and Chirag/Satwik were willing to lose points but stick to the plan. It allowed Setiawan and Ahsan to win a few quick points in the opening game and close the gap at 13-13.

But Satwik’s big smashes bailed them out and helped them run away with the opening game.

The second game was neck-and-neck through-out as the Indonesians began taking more risks. Even Setiawan tried to go for the big smashes to unsettle the Indians but to their credit, Chirag and Satwik stood strong in defence.

However, the Indonesians used all their experience overturn a 14-18 deficit to earn their first game point. It was a tense affair from there on as both the combinations were guilty of making errors while looking for quick points.

Setiawan once served in the net while Ahsan fouled while going for a flick serve on game point and the Indians kept on the pressure with some fantastic shot selections. They ultimately wrapped up the match in 43 minutes, having saved five game points to begin the new season with a title triumph.

Asked  about the five game points in the second game, Satwik said, “we knew they were tired and would take risks. So, we kept things tight and it worked.”

Chirag, who spent some time practicing his net play after Saturday’s semi-final, said, “We were ready for the way they played today.