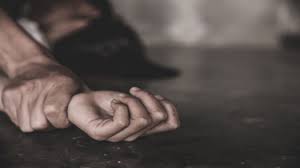 A shocking report from Washington is that a woman passenger was allegedly raped in the business class of a flying plane from New Jersey to London in the US.

The accused in the case has been arrested in the UK.

However, he was later granted bail. According to media reports, other passengers were sleeping at the time of the incident. The incident took place on a flight of United Airlines.

After the incident, the victim informed the staff of the airlines. The airline staff then informed the UK police. The direct flight takes about 7 hours to reach London from New Jersey.

After landing the flight in Heathrow, UK, police officers arrived on the flight and arrested the accused. The victim was taken in a rape counselling suit. The officials also conducted a forensic examination of the aircraft, which is said to have taken place on Monday last week. Both the victim and the accused are 40 years old.

According to a report, the accused is a resident of the UK and the victim is also said to be a UK citizen. The accused and the victim were sitting on the seat of different lines of business class.

The two were not familiar at first. But before the incident, the victim and the accused had spoken together in the lounge area while drinking. British police has reportedly confirmed the arrest, saying the investigation into the case was still ongoing.

The occurrence of sexual assaults on a plane is considered rare. However, according to some reports, the number of sexual violence on aircraft in the US has increased in recent times, said a report published by english.newsstracklive