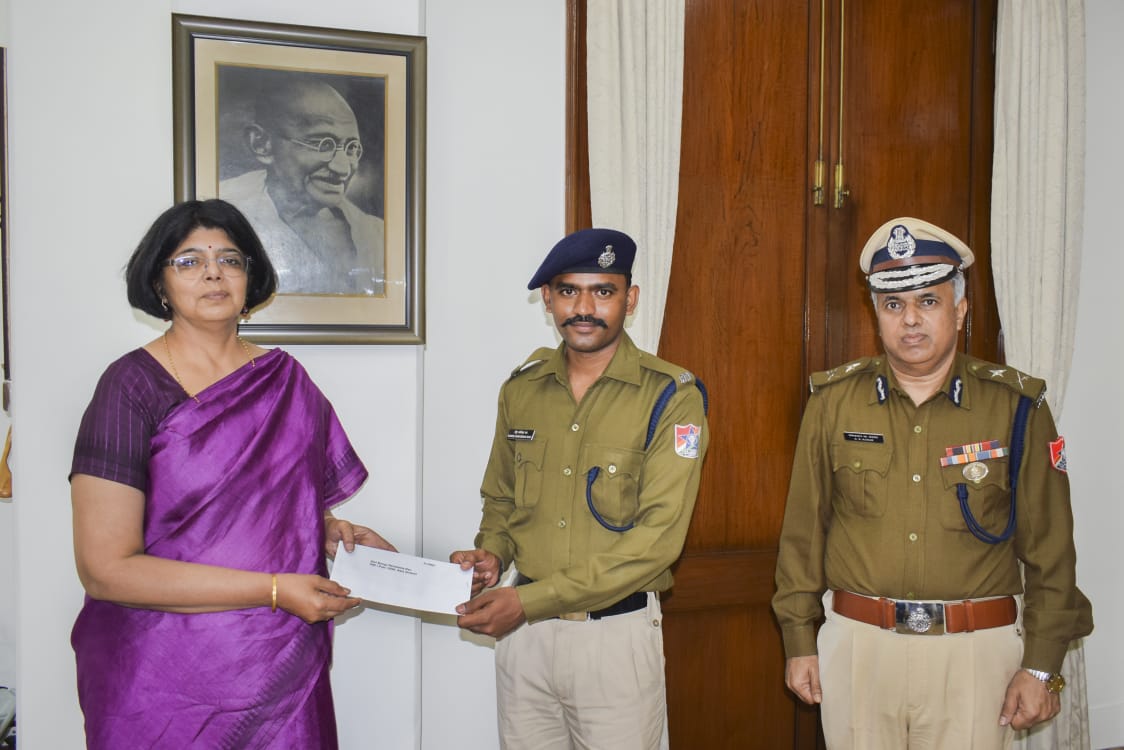 The felicitation function was held at SER Headquarters, Garden Reach on 08.02.2022. Sri D B Kasar, IG-cum-Principal Chief Security Commissioner, South Eastern Railway was also present on the occasion. The RPF constables have been selected for the Jeewan Raksha Padak in recognition to their conspicuous acts of valour beyond the call of their duty endangering their own lives in order to save the precious lives of others.

On 20.07.2021, Head Constable, Sri Sanjeet Kumar Ram of RPF Post Bishnupur under Adra Division of South Eastern Railway was on duty at Bishnupur Railway Station. In course of his duty at about 11.00 hrs, he noticed that one person aged about 30 years was trying to jump on the track with the motive to commit suicide in front of an approaching goods train. When the train was about 100 metres away, Sri Sanjeet Kumar Ram noticed the person.

He immediately rushed towards the spot and pulled him out from Railway track without caring for his own life thereby saving the life of person who was going to commit suicide. On 12.02.2021, Constable, Sri B N Rao of RPF Post, Bankura, Adra Division of South Eastern Railway was on duty at Bankura Station. During his duty period at about 19.30 hrs, one male person aged about 22 years suddenly jumped in front of approaching Train No. 08027 Asansol-Kharagpur Passenger. Immediately on duty RPF Constable, Sri B N Rao, jumped and pulled him out from the track risking his own life and saved the said person from the jaws of death.
.