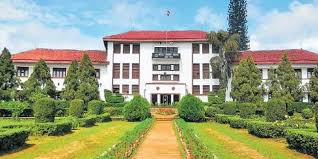 It’s called “ modern school.”Each such school is supposed to provide “high standards of education and modern infrastructure to children coming from poor families.”

As per the plan of the Hemant Soren government,all 24 districts of Jharkhand will get model schools, each providing quality education under the shade of high category building and modern equipments including computer and labs.

There is also a plan to build 325 modern schools at the block level. The aim was to impart quality education at par with private schools.

In a press statement, the Soren government said:
"The construction of model schools across 24 districts of Jharkhand is scheduled to be completed by December 2022. The state government is planning to establish three model schools per district, throughout the state.”

“These include a district school, a girls’ high school and a Kasturba Vidyalaya. Once the school building is ready, the government would start providing books and other resources in accordance with patterns followed by private schools," it said.

To begin with, the same statement quoted by PTI, said the state government of Jharkhand is working expeditiously to complete the building construction work of at least two model schools each in 13 districts by the end of 2022.

However, the state government has preferred not to reveal how teachers,staff and principals of these “modern schools” will be appointed.