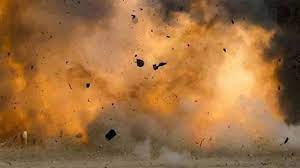 A piece of viral news from Peshawar in Pakistan is generating shock and grief as a powerful bomb had exploded inside a Shiite Muslim mosque there today. The explosion reportedly killed 30 worshippers and wounded dozens more.

“ The injury left many worshippers in a critical state of life”, said a report. Who had bombed it?

The police have not answered so far.

However, local police official Waheed Khan reportedly said the explosion occurred as worshippers had collected in the Kucha Risaldar mosque in Peshawar’s old city for prayers on Friday.