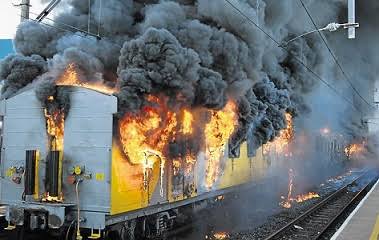 A fire had engulfed the engine and two coaches of a passenger train en route Delhi from Saharanpur.

In a video shared by ANI, passengers were seen pushing the train in a bid to separate the rest of the coaches from the fire-affected engine and the two compartments.