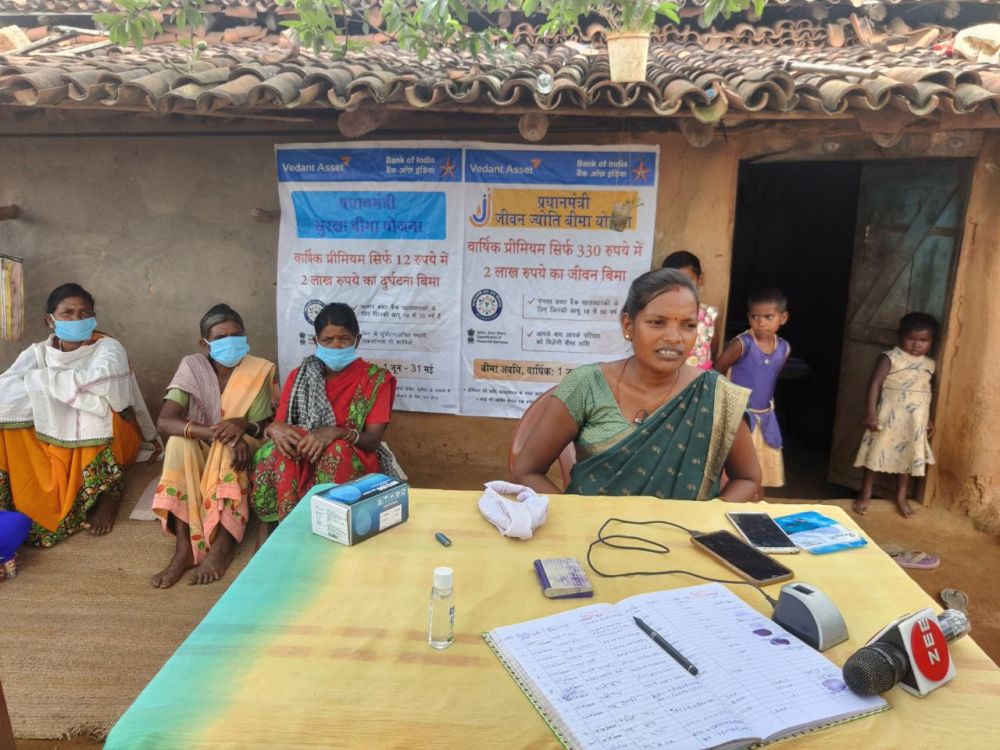 Following the campaign to empower women in rural areas of Jharkhand has continued for the last two years, the results are now visible.

Scores of rural women of Jharkhand are writing the story of economic progress and social change, according to the state government claim.

Under Jharkhand State Livelihood Promotion Society regulated by the Rural Development Department has given a new direction to development through the formation of Sakhi Mandal and its capacity building.

“Today the members of Sakhi Mandal are succeeding in every sphere of society. In every field including agriculture, animal husbandry, entrepreneurship, implementation of government schemes, awareness in rural areas, skill training, these sisters of Sakhi Mandal are striving to keep village development and self-reliance at the center”, state government press release states.

@About 34 lakh women have been added to 2.73 lakh Sakhi mandals in the state. For the economic and social progress of rural women through Sakhi Mandal, higher institutions of Sakhi Mandal, the Village Organization and Sankul Sangathan have also been formed.

Financial help, as well as help for a strong livelihood, are provided to rural women who join the Sakhi Mandal. So far, more than 17 lakh women in the state have been linked with the means for a strong livelihood. Rural women have been linked with improved farming, animal husbandry, entrepreneurship, forest produce-based livelihood and wage-based employment, due to which women today are on the path of self-reliance.

Through these efforts, dreams of lakhs of women have got wings through 7200 producer groups in the state. Today rural women are running manufacturing companies. Rural women have also been linked to livelihood based on the cultivation of silk, lacquer and medicinal plants.

About 24 thousand women got respectful livelihood

An initiative of the Hon'ble Chief Minister, Phulo-Jhano Aashirwaad Abhiyan has helped more than 24 thousand rural women in getting a respectful livelihood by stopping their participation in the sale and manufacture of liquor.

These women, who were helpless and had to make and sell liquor, are an example of change through the initiative’s focus on earning income by attaining a respectful livelihood.

Anima, a resident of Khunti's Karra, says that earlier she had to make and sell liquor for her family’s livelihood. Phulo-Jhanno Aashirwaad Abhiyan gave a respectable and honourable life to me and my family.  “I suggest other women should also join this campaign”, she says as per the state government.

The Palash brand was started to ensure a better income for the products of the Sakhi Mandal didis of the state by connecting them with the larger market. About 65 products are being sold under the Palash brand. More than 2 lakh rural women are benefiting from this initiative. Around 191 Palash Marts are operational in different districts across the state. Palash products are also available for sale on Amazon and Flipkart. In the coming days, more and more women of Sakhi Mandal will be linked with Palash.

Work is being done under the Garima Project to end the ongoing witch malpractice against women from the state. Under this, till now about 1185 victims have been identified and added to the mainstream.

These women are being linked with a strong livelihood while ensuring they receive the benefits of the schemes of the government.

“While removing these evils spread in rural areas, continuous efforts are being made in the direction of women empowerment. In this context, continuous work is being done for the health, food and nutrition of women in rural areas. Sisters of Sakhi Mandal have been connected with Poshan Vatika and they have been made aware of food diversity. So far, about 2 lakh rural women are associated with Poshan Vatika.

The state's PVTG women empowerment initiative under the UDAN project is improving the lives of women. About 21 thousand rural women of special tribal groups have been added to the Sakhi Mandal. About 17 thousand PVTG families have been linked with government facilities like pension, scholarship, ration, etc. Out of these families, about 16,800 families have been linked with various means of livelihood. According to the needs of the PVTG families, they have been covered for cowpea cultivation and nutrition garden based on the availability of local resources.

By joining the Sakhi Mandal, rural women are empowering themselves on the one hand and are also working to empower other women. About 50,000 rural women in the state have been trained as community cadres through JSLPS. These women also earn income by acting as service providers and experts in the village and helping the villagers. Cadres like Pashu Sakhi, Krishi Sakhi, Vanopaj Sakhi, Bank Sakhi and BC Sakhi are playing an important role in village development today.