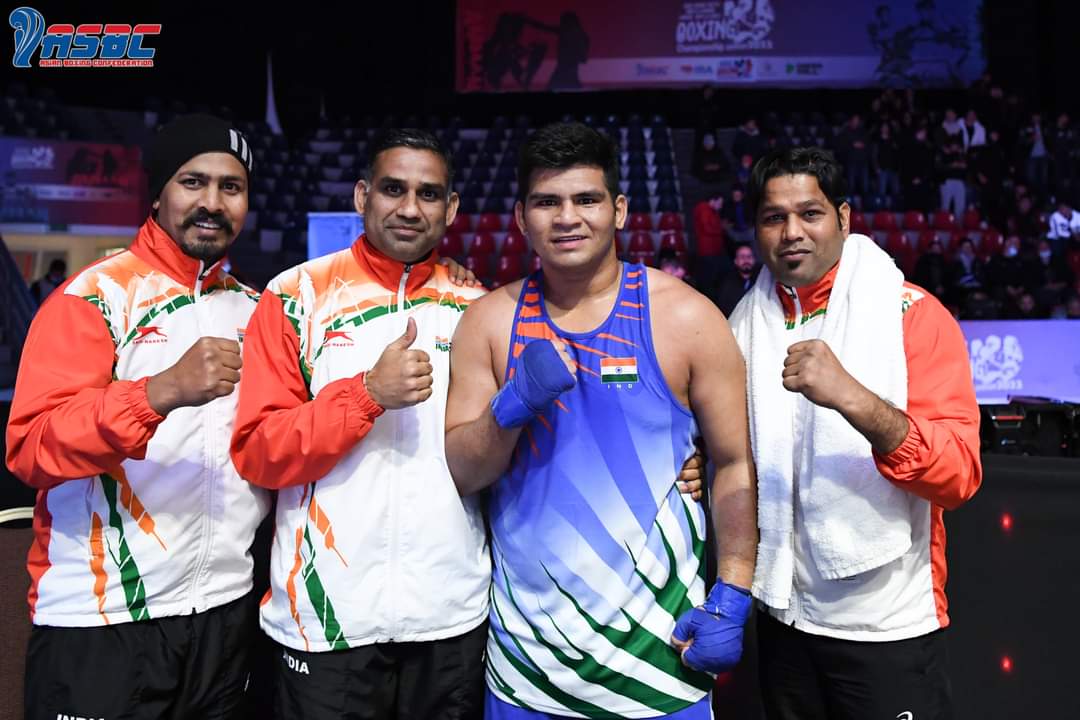 Vanshaj and Aman  Bisht chalked out impressive victories to enter the finals of the Asian Youth & Junior Boxing Championships in Amman, Jordan.

The last edition’s silver medallist Vanshaj (63.5kg) knocked out Syria’s Ahmad Nabaa with the referee stopping the contest in the first round itself.

Aman also came up with a dominating display to record a convincing 4-0 win over Kazakhstan’s Tim Ofeypotashov in the +92kg semi-final.

Another youth boxer Anand Yadav, who progressed into the 54kg final with a close 3-2 win against Uzbekistan’s Abduvali Buriboev, had to end his campaign with a bronze medal after the opponent protested and the decision was reversed.

After Anand's exit, Vishwanath Suresh (48kg), Vanshaj and Aman will be the three Indians who will feature in the youth finals while among women, seven will play finals on Monday.

In the junior finals scheduled on Sunday, the country’s 15 boxers, including 11 girls and four boys, will fight for the gold medal.

With 21 medals in junior and 18 in the youth section, the Indian contingent has secured 39 medals at the prestigious continental tournament where both the age groups of men and women—youth and junior—are being played together.

During the last edition of the tournament held in Dubai in 2021, India concluded their campaign with 39 medals including 14 gold.