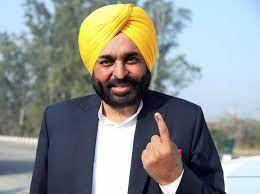 In a major reform initiated by Punjab Chief Minister Bhagwant Mann, the MLA in Punjab will now get pension for only one term.

This means if Mann implements this reform, the old practice of drawing the pension benefit for each term served by them will become history.

This reform can inspire other states in India to copy it and save the tax payers fund for development programmes.

Like any other state such as Jharkhand,Ex-MLAs in Punjab, even if they have won twice, five times or ten times, will now get pension for only one term,said Mann in a video message.

In the same video message, Mann said several MLAs who had won thrice, four times or five times and then after losing the elections or after not getting tickets for contesting the polls, get lakhs of rupees in pension per month.

“The CM said the money saved with this decision will be spent on the welfare of people”, reports PTI adding his statement saying there will be a reduction in their family allowances.

As it is Punjab is reeling under economic crisis. Mann had met the PM Narendra Modi on Thursdayand sought “ one lakh crore” financial package from the Centre to deal with economic crisis of Punjab.